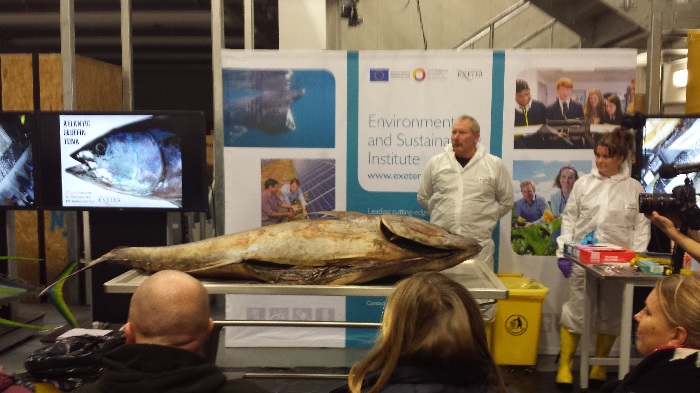 In July this year a rare tuna was discovered floating in the sea by a group of kayakers, who decided to tow it into the beach at Kingsand, Cornwall.

The tuna was recovered and brought to the ESI for pathology and educational purposes. A presentation was arranged by Dr Matt Witt at the ESI and wildlife lecturers, the Cornwall Wildlife Group and activity providers were invited. 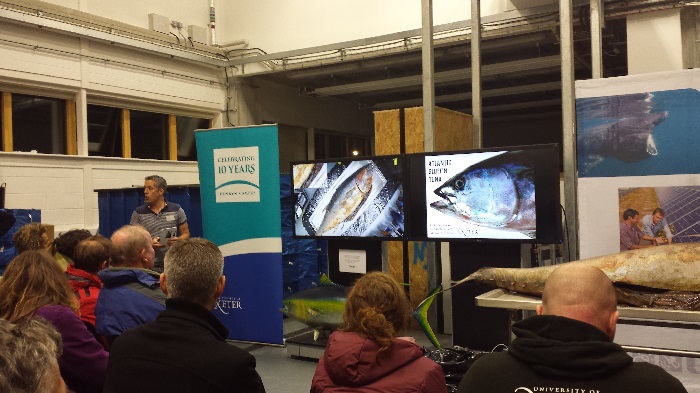 The Bluefin tuna is an endangered species and it is illegal to catch or sell them in British Waters.

The fish was dissected, with a Go Pro camera giving a birdseye view of the procedure. Meanwhile, Dr Matt Witt and Dr Lucy Hawkes gave an informative commentary. 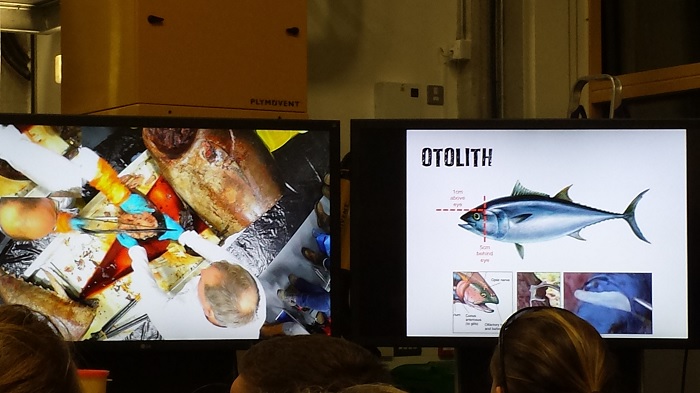 The tuna’s body parts were passed around the audience and so we could take a closer look.

Here is one of the tuna’s eyes, at least a hundred times bigger than it’s brain, which measured a mere 2cm by 2 cms! 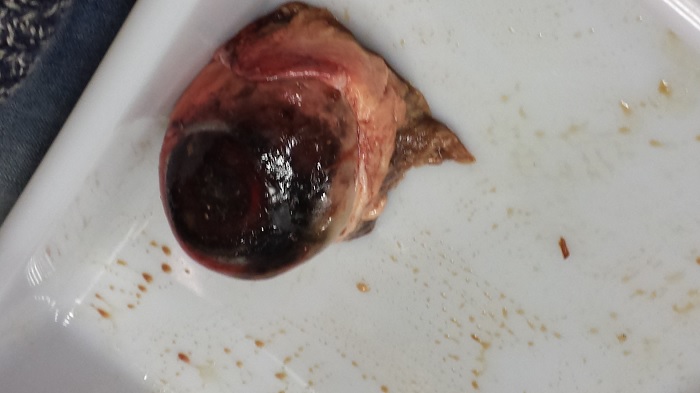 Its two fins were like accordions, able to expand and contract back into the body when not needed. See below one of the three gills the tuna has on either side. During the dissection the academics were amazed to find the gills extend right town to the tuna’s mouth, much further than originally though. 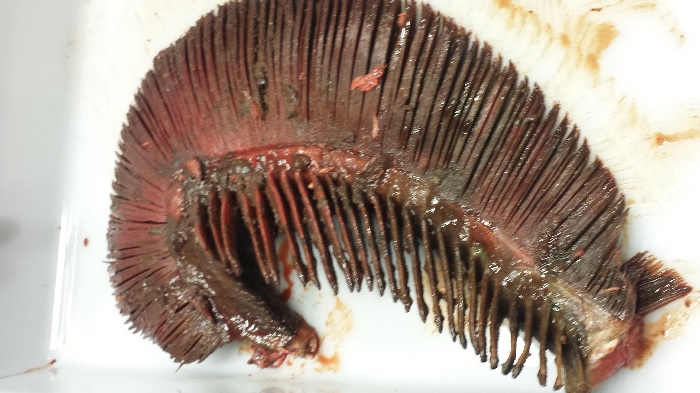 This was a fantastic event, really informative and a rare opportunity to learn about a rare species and how fish’s bodies work, which we hope to share with our customers en-richening their experience on our kayak adventures.