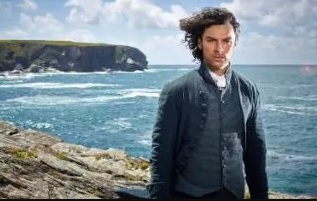 With the third series of Poldark about to go on air at the weekend and another series planned for filming in the Autumn what better way to explore Poldark Country than on a Koru Kayak Adventure! 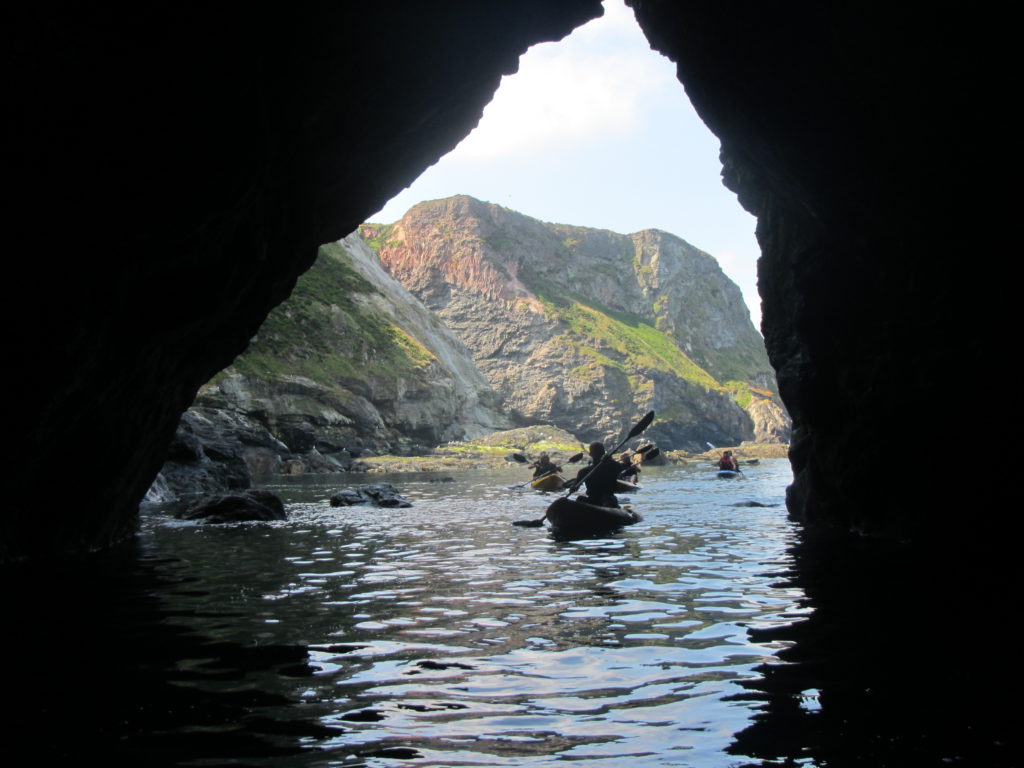 Kayaking through the waves at Trevaunance Cove, past the old harbour wall of the bygone mining era – we are in Poldark country. St Agnes itself was once a thriving mining village, Blue Hill Tin Mine in Trevellas is still open today. 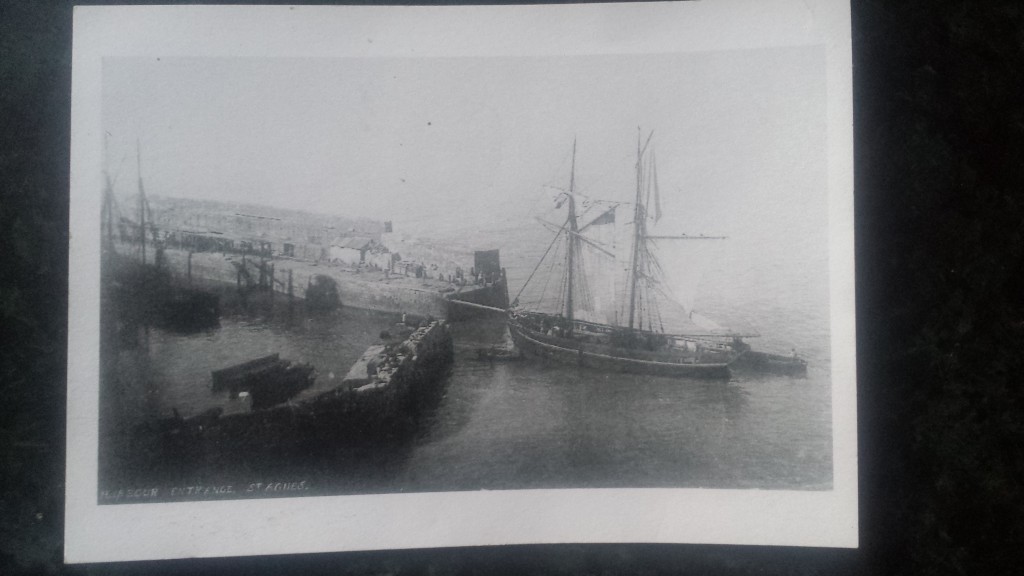 Kayaking out of the Cove to the left we kayak into the caves and through the archways of Royal Polberro Mine and towards St Agnes Head, a filming location used in the current series – where Poldark gallops towards Nampara. We have been told our yellow kayaks had to be edited out of the last series so who knows you might even get to see Aidan galloping along the clifftops!

You will see glimmers of neon green copper oxide against the jet black of the iron ore rock as you kayak into the caves and at entrance, shelves carved out have become home to roosting guillimots and razerbills from May to July. Resident grey seals are also regularly spotted along this coastline. 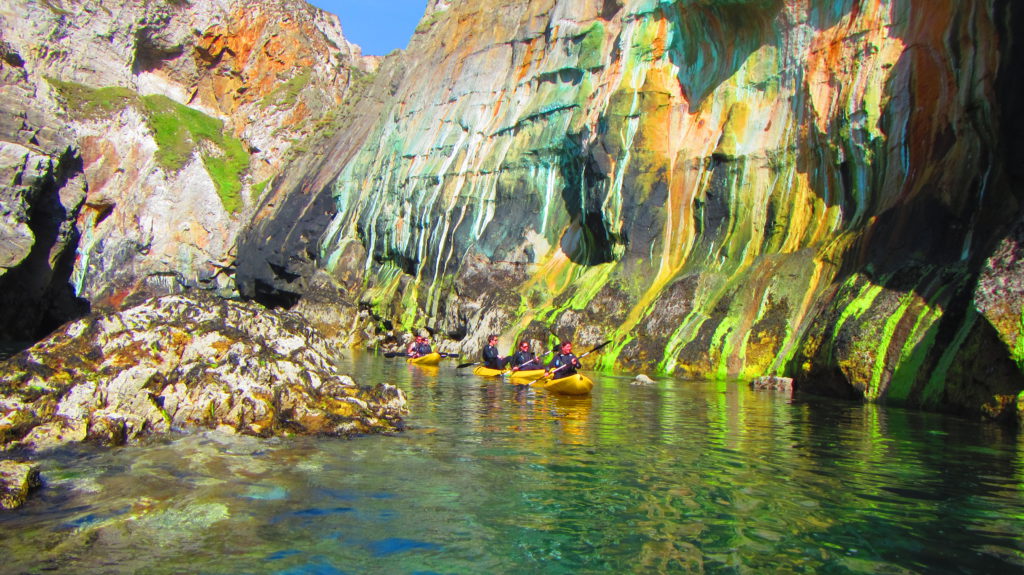 Kayaking to the right of Trevaunance Cove towards Wheal Prudence Mine and Cligga we pass Trevellas, used as a film location in the first Poldark series in the 1980s.

We see waterfalls cascading down the rocks from the mining addets at Chain Locker Beach and Waterfall Bay, kayak through the giant archway, Gadger, and when the swell permits into ‘The Prison’ a walled beach, which has to be seen to be believed and was recently featured on The BBC’s The One Show! 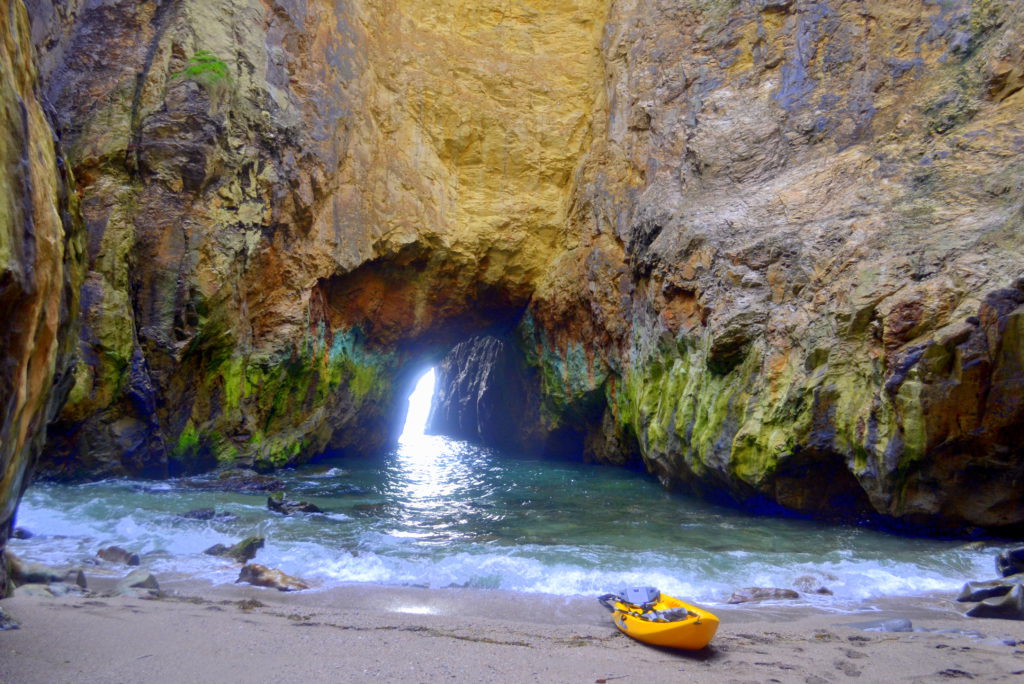 Koru Kayaking’s guides are Cornish Mining Ambassadors and Koru Kayaking supports Cornwall Wildlife Trust, Cornwall Seal Group and local wildlife groups and so your knowledgeable guides will bring the coastline to life with their informative commentary.

2 Hour Guided Kayak Adventure, Tandem Sit on Top Kayaks. No prior experience required. A full briefing is given before all our kayak adventures and all equipment supplied.