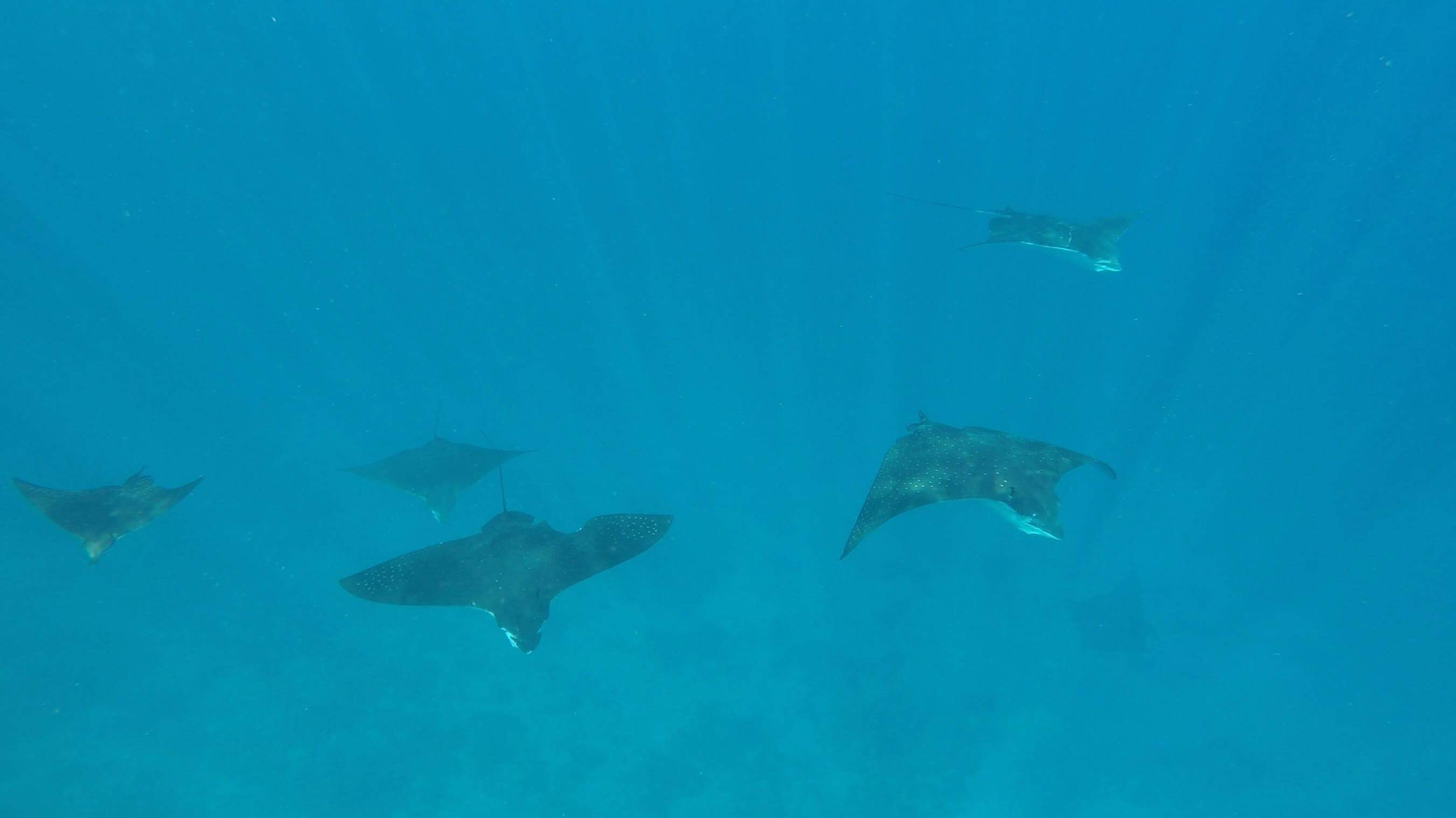 Described by Sir David Attenborough as his favourite place on earth, we weren’t disappointed!

Flying from Bunderberg to Lady Elliot Island in a 10 seater plane the the views were spectacular and it really felt like we were going on a wildlife expedition! Lady Elliot Island, is a tiny 42ha island in the south of the Great Barrier Reef featuring in both BBC One Blue Planet series.

The island is teaming with wildlife from the moment you fly onto the island you can see birds flying around and then as you disembark the plane you can hear the birds too! It’s nesting season and the island is hometo hundreds of Noddies, Turns and Shearwaters. There is a real feeling you are the visitors, as this is a Green Zone, a protected area.

The wildlife underwater is incredible too. Just a step away from the beach is the lagoon where we snorkled with turtles, reef sharks and even spotted a stingray covered in sand.  For the bigger fish we snorkled from the Coral Gardens and Light House Bommies on the other side of the island, just across the runway! We encountered trutles, mantaray, eagle ray,blue spotted rays and even sharks! So many varieties of sharks – leopard, reef, black fin,white fin and the biggest a whaler reef skark – all non man eating I hasten to add!

Such a stunning island and a great reef, here is a snapshot of what we saw whilst snorkeling on the Great Barrier Reef!