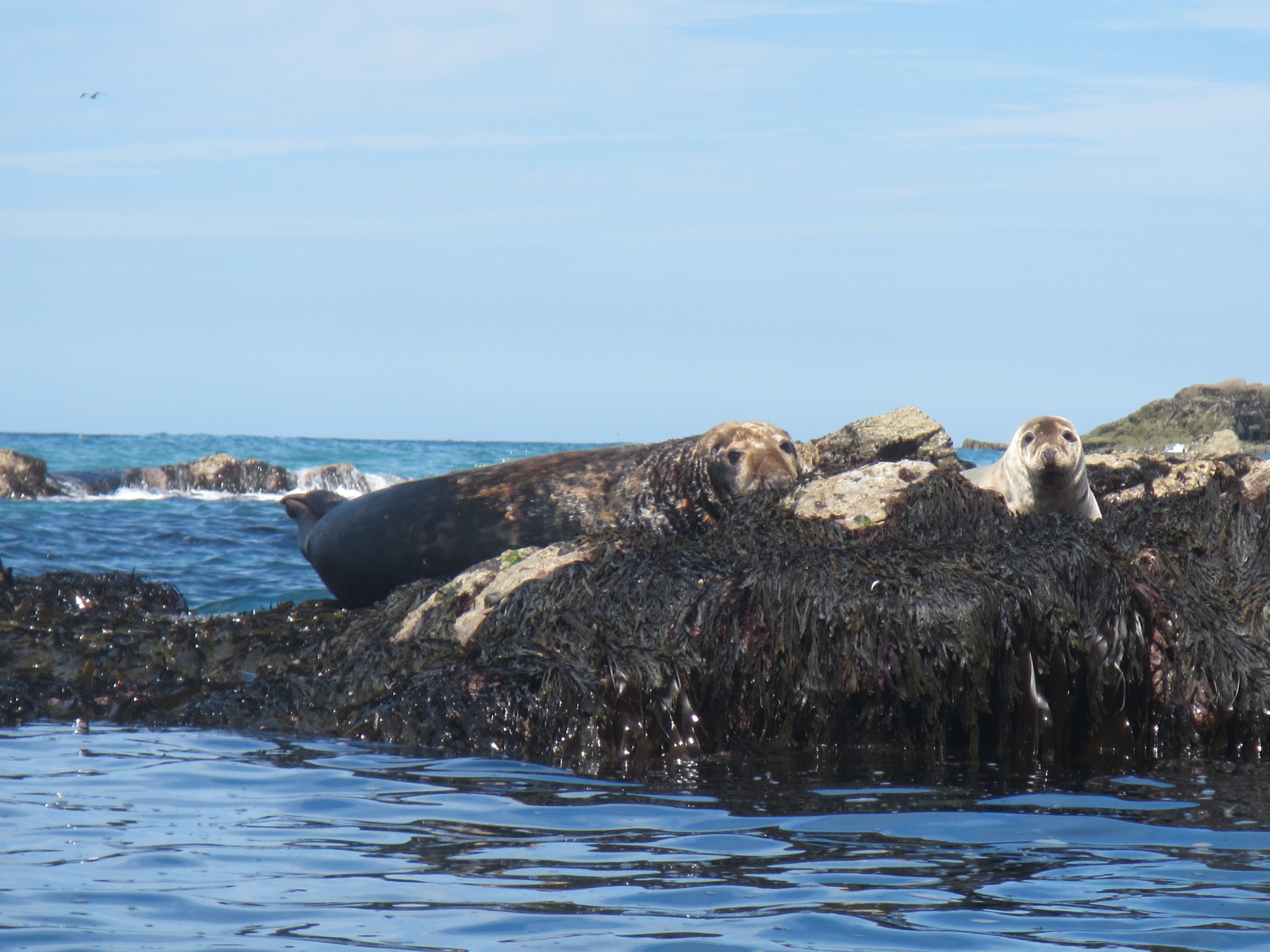 It’s been a wonderful summer with a wide variety of marine wildlife sighted from Newbourn head to Hanover Cove. 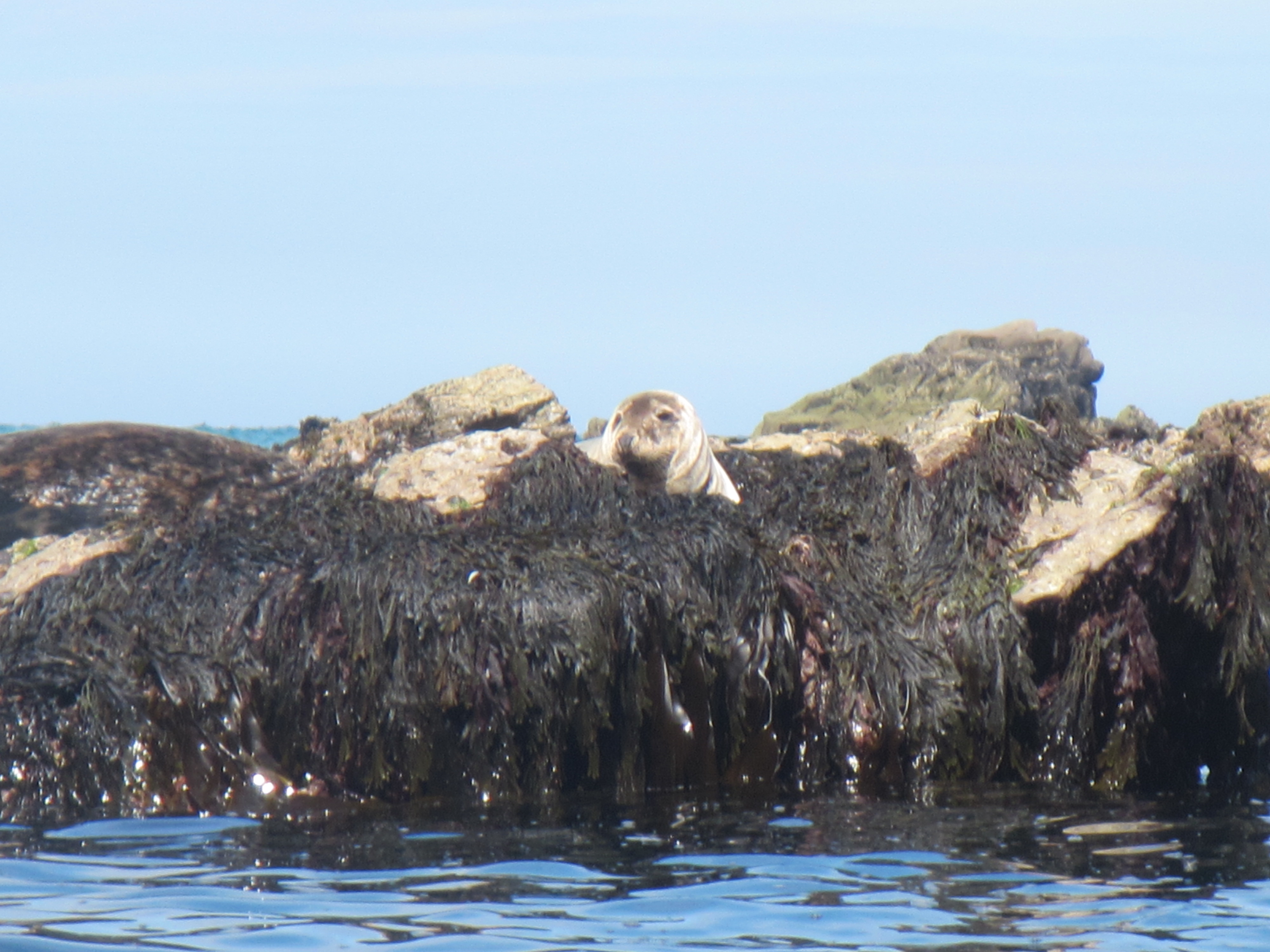 Koru’s kayak adventures kayak through caves and archways. The crystal clear calm turquoise seas throughout most of July and August brought with it jellyfish. Moon jelly fish were the most common, their pink circular reproductive organs and clear bodies making them pretty lantern in the sea. With little or no sting customers picked them up to see them more closely. Compass (cream and brown) and Blue jelly fish were also spotted but with a strong sting we simply admired from afar. 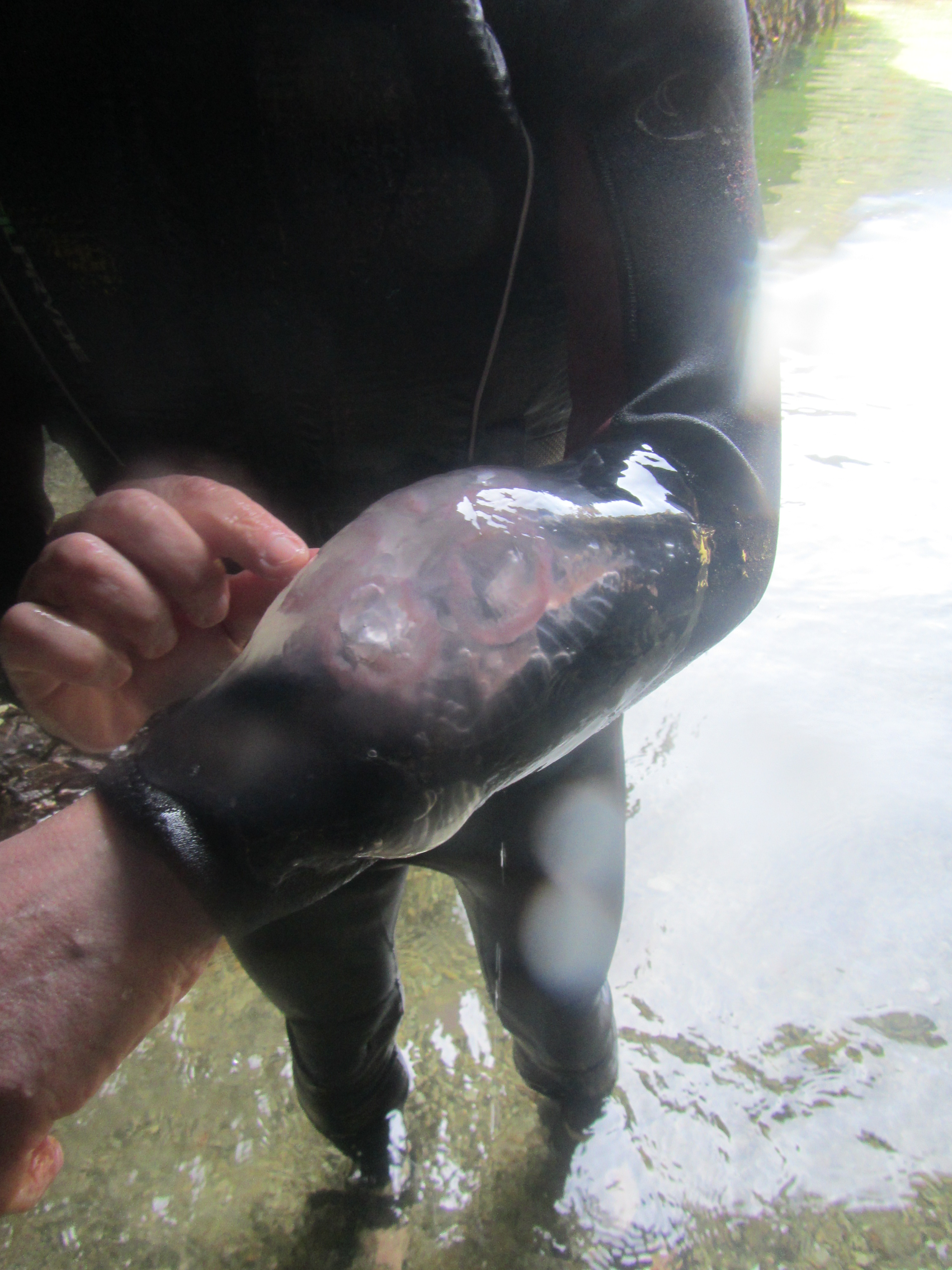 Grey seals were present throughout the summer. A male bull seal we affectionately named ‘Silverback’ and female cream seal with grey spots named ‘Maggie’ were regularly spotted at Hanover Cove. We enjoyed watching them grow from March onwards. In July other seals were seen lounging on the rocks at Hanover Cove, including a juvenile seal, still with its white fur.

Grey seals were also spotted toward Newbourn Head. Smaller than those seen at Hanover Cove, we regularly spotted a dark grey seal in a deep cave halfway to seal hole and creamy brown seal at seahole. 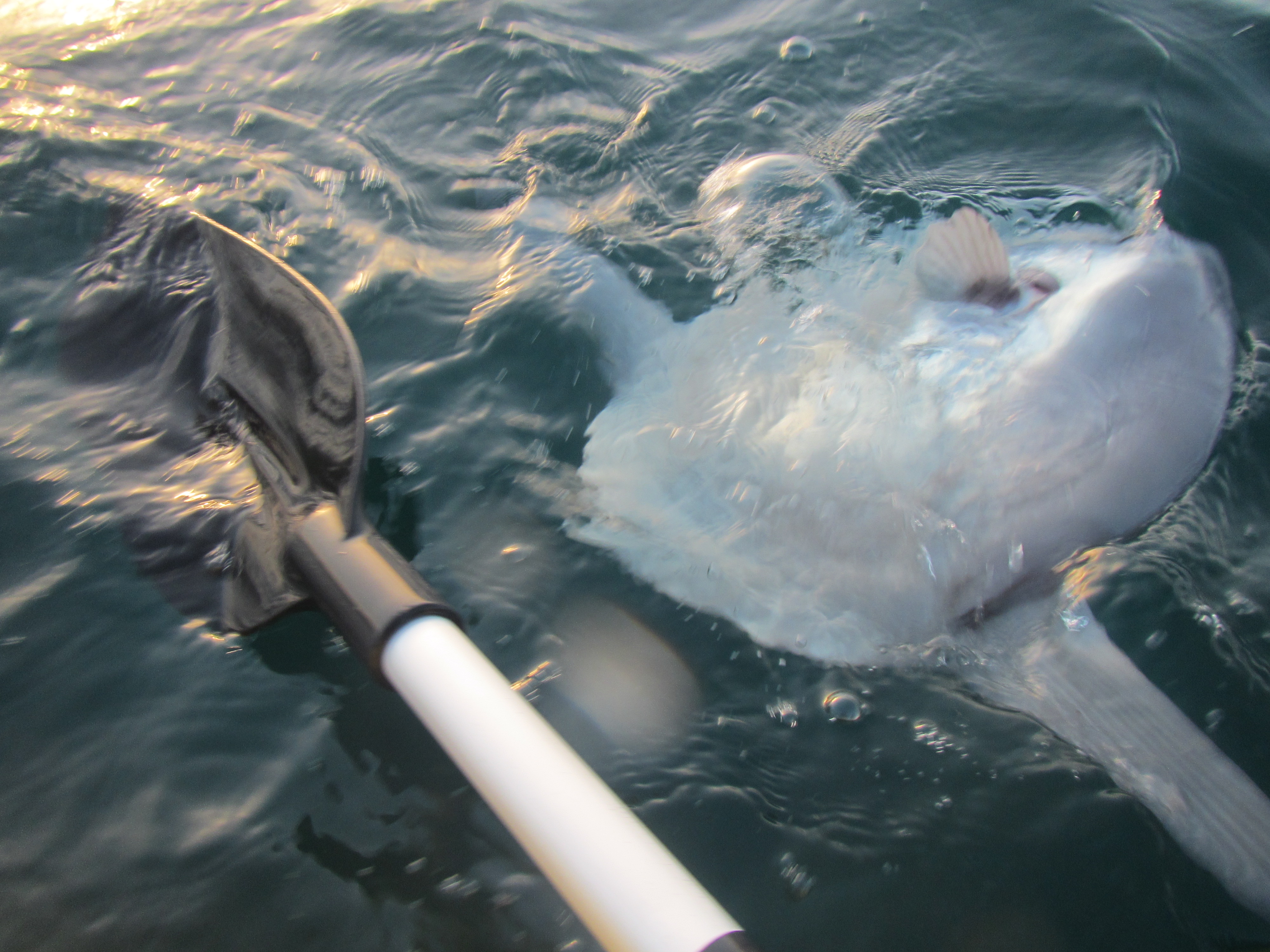 Sunfish were spotted in July and August. One was seen near Green Island 20th August, the other just outside Trevaunance Cove 28th July. Normally spotted in tropical waters, perhaps their regular appearances on our coastline are a sign of how warm our summer was this year!

Dolphins were also seen off Hanover Cove and Trevaunance Cove throughout August often twice a day!

This a fantastic part of the Cornish coastline filled with wide variety of marine wildlife.