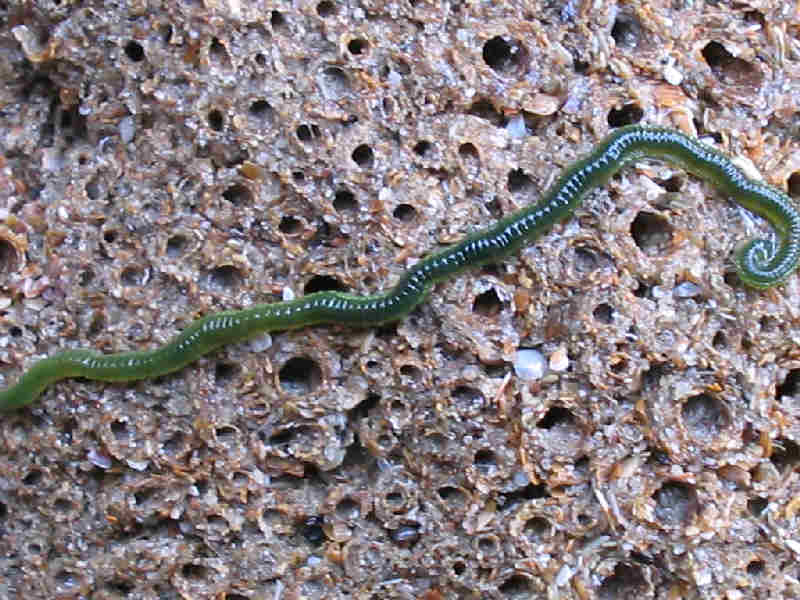 Another low tide treat was found on the Helford River  by our guide and wildlife expert, Guy. A stunning, emerald green creature, the Green Leaf worm is often referred to as the ‘Paddle worm’! –  How befitting for our customers enjoying our Frenchman’s Creek  Kayak Adventure.

Ambling around on the rocks, the polychaete (bristle) worm earns its name from its paddle like legs and seems as if it were from another planet. It makes the barnacle encrusted rocks look like they are coming to life.

The worms breed during the summer months, which means now is a great time to catch them on a low tide kayak tour! The jury is out on whether they feed on dead crustaceans, or by actively preying on the barnacles. From this video it would appear that the latter is the case… Don’t you think?

What a  great find to add to the growing list of exciting wildlife found on our adventures!