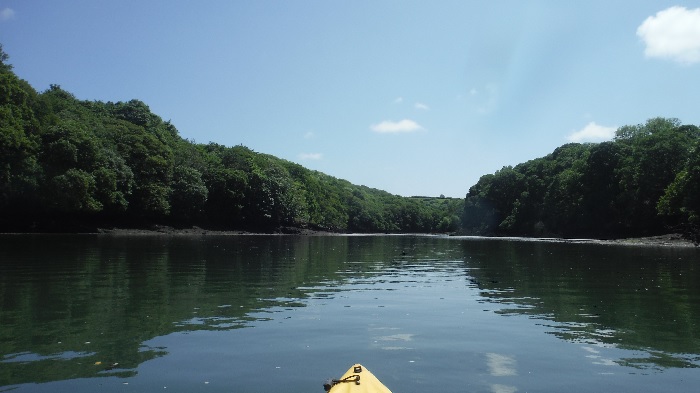 Soaking up the Wildlife on Frenchman’s Creek

On a Frenchman’s Creek Kayak Adventure recently we discovered a bright orange sponge. The sponge was discovered on Tuesday, paddling down the Helford Passage in Cornwall at low tide. Believe it or not, this gelatinous mound is actually an animal, commonly referred to as the ‘Breadcrumb Sponge’. 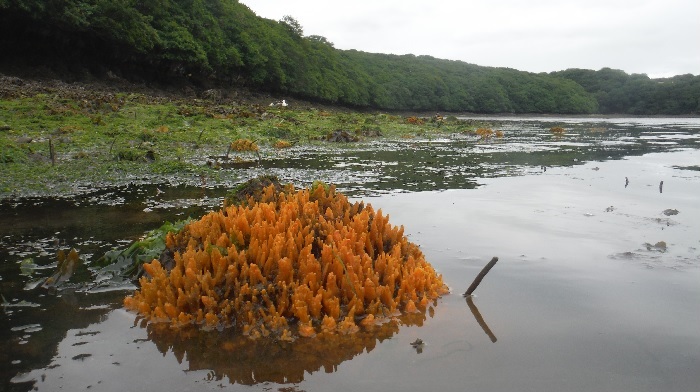 It can be found in many coastal areas of the North Atlantic and the bumpy, granular surface makes it distinctive. If you were to lean out of your boat and take a sniff, you’d soon smell it’s gun powder-like aroma, which discourages other  animals from feeding on it.

The Sponge relies on a constant flow of water, which it draws into cavities in the sponge body and uses whip-like hairs on the inner walls to filter out plankton and other food particles. They have been seen in a variety of colours and some have even been recorded exceeding 3 metres in diameter! 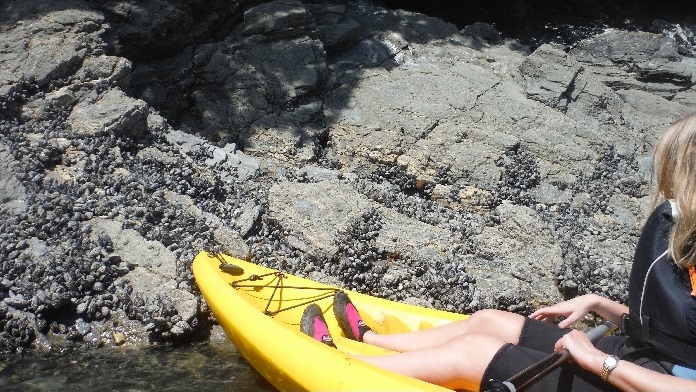 We’ve spotted many amazing animals out on the river,including wild mussels, oysters and cormorants, but what a fantastic surprise for our kayakers on Tuesday’s adventure. Showcasing the beautiful creatures existing below the water’s surface, too!