Have you been riveted by the recent series re-enacting Captain Bligh’s Mutiny on the Bounty, entitled ‘Mutiny‘ on Channel 4? We have! Especially with his connections to Cornwall and the Helford.

Captain Bligh, a Naval Officer, whose ship was taken over by its crew leaving him cast off into the sea. Although registered as being born in Plymouth, Devon, his ancestral home is Tinten Manor in St Tudy, nr Bodmin, Cornwall.

After travelling around the world his Admiralty stationed him on the Helford in 1803 to assess its defenses during the Napoleonic War. However, it seems luck was not on his side again, after over zealous local constabulary arrested him thinking he was a spy!

One of the potential defenses being assessed by Helford Village, Cornwall

The Captain was not best pleased at being taken under arrest to the Vicarage in Manacan, just above Gillan Creek. He refused to reveal his identity to both the local constabulary and magistrate and so was locked away in an outhouse.

Eventually they released him and he was left in the Vicarage parlour with the Reverend Polwhele. The Reverend reports in Traditions and Recollections vol 11

“But a moment’s conversation with Captain Bligh discovered all the gentleman. In an act of duty he had been roughly treated and he resented it. But, his anger evaporating, he even joined me in commending the loyal zeal of my parishioners – the woodcocks were produced for supper, and a variety of wines such as there were; and it was two o’clock in the morning before we parted, I may say mutually pleased

It is amazing to think that just 200 years ago in 1803 Captain Bligh was cruising along the Helford River and it’s creeks, as we follow in his footsteps on our Koru Kayak Adventures – hopefully never to be arrested for being spies! 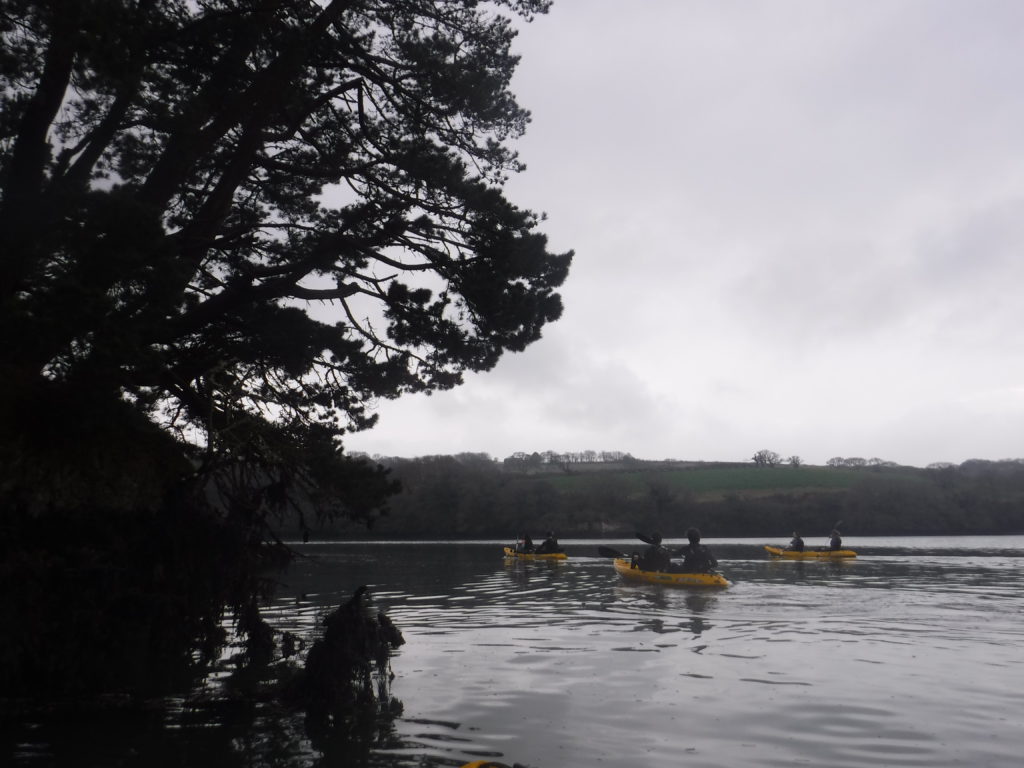 Kayaking along the Helford in Captain Bligh’s footsteps

You can follow in Captain Bligh’s footsteps on the Helford on one of our daily Frenchman’s Creek Kayak Adventures for availability and timings please contact us or call 0779 4321 827.

Further interest is Captain Bligh: Man, Myth, Mutiny at The Maritime Museum,Falmouth 17 March 2017 – 7 January 2018 where you can see a replica Bounty ship and the coconut cup that Captain Bligh used on his fateful journey.