Great Barrier Reef – What lies above on Lady Elliot Island

In December is it peak nesting season for turns, noddies and shear waters! 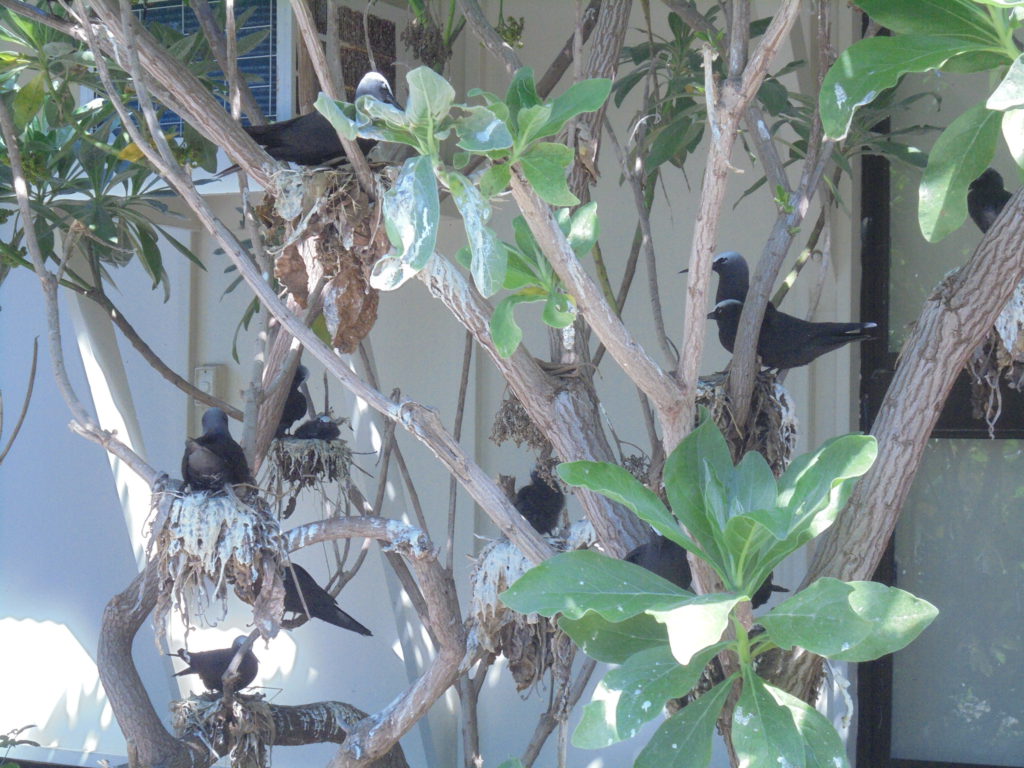 The noddies build nests in the branches of the vegetation using a mix of fallen leaves and guano! They are unique in their family opting to nest in trees rather than on the ground. 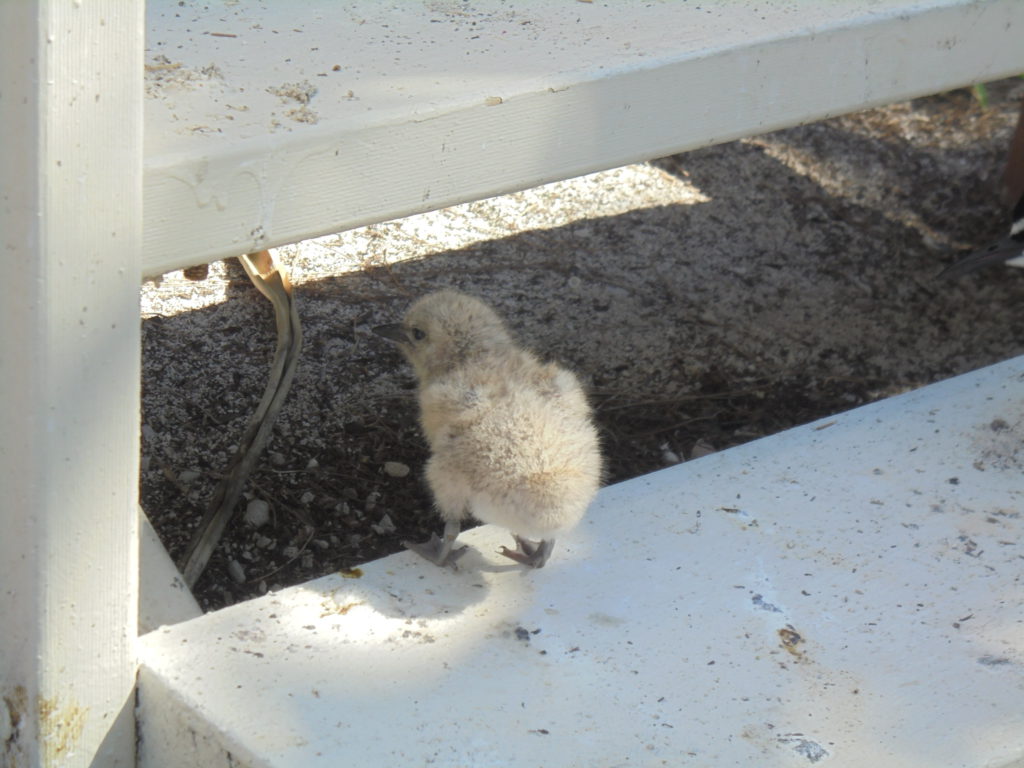 Turn chick nesting on the stairs of a Reef Room, Lady Elliot Island

Which explains why this poor mother, a bridled Turn, was nesting on a stair upto one of the reef rooms! Everytime someone came near her chick (pictured above) she would start strutting and squarking agitatedly! This was one of the highlights of staying on the island the birds were nesting everywhere and so we felt like we were the visitors coming to stay with them!

The Shear waters were another matter entirely! Our final night we moved to an eco cabin (a tent!) and as night fell there hollowing sounds of what we thought was a baby crying. It was the shearwaters communicating with their young. Nocturnal birds who leave their young under burrowed out nests under trees inland whilst heading to the beach to fish! We slept through fine, enjoying the feeling of being at one with nature -ear plugs were provided if required though!

Perhaps passing a nesting Turtle – their’s 3  species of those on the island too!

Lady Elliot Island is Sir David Attenboroughs favourite place on earth, a place he visited 60 years ago and returned recently to film Blue Planet. This island is one of 300 cays on. the Great Barrier Reef. Lady Elliot Island appeared above the sea 3,500 years ago a bear coral reef. It was very quicky discovered by bird life whose guano (bird poo) carrying seeds led to vegetation which in the 1800s was mined!