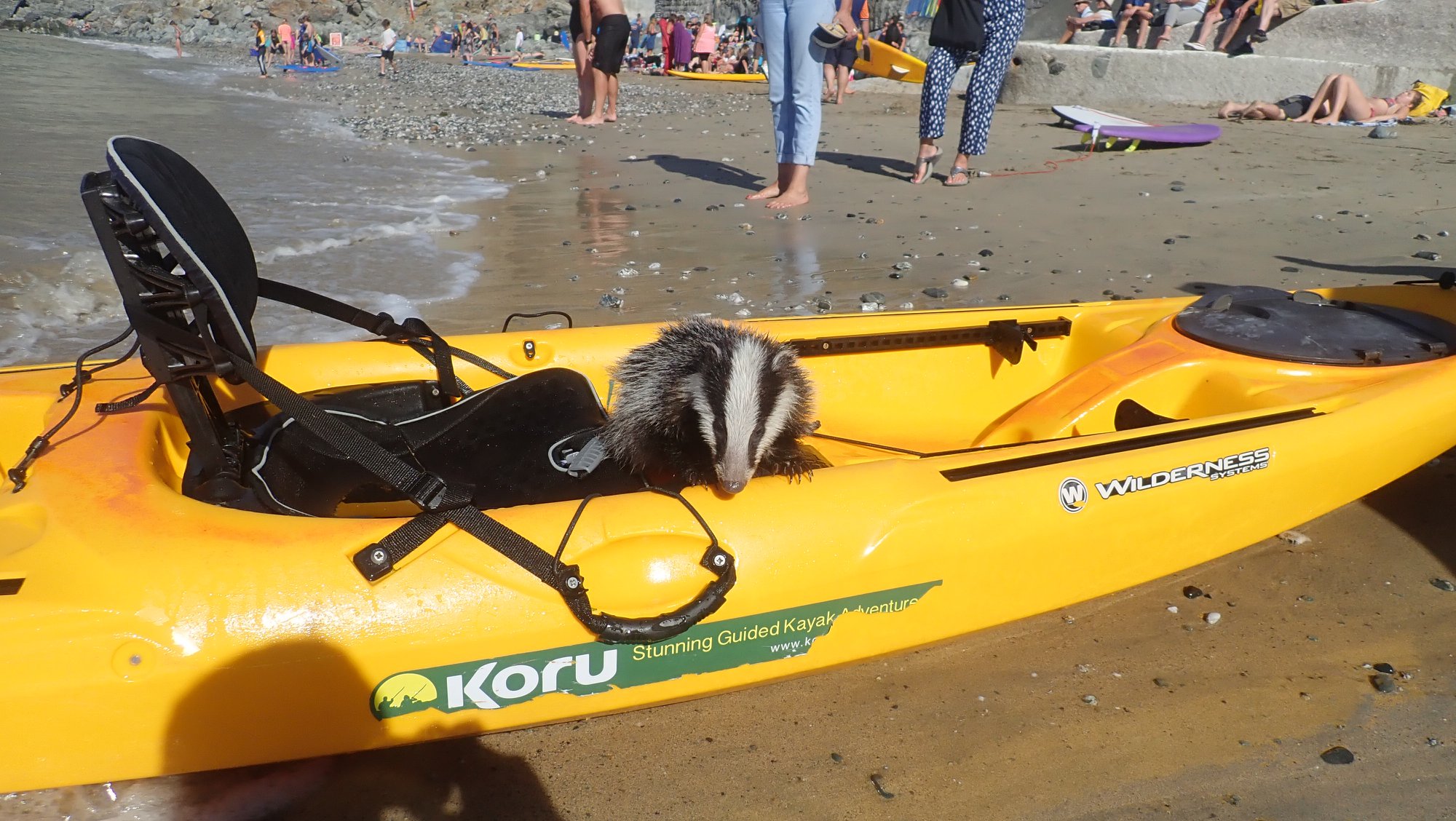 A young badger who had slipped down the cliffs and was drowning in the sea during a North Coast Kayak Adventure today, around 5pm on Tuesday 24th July. 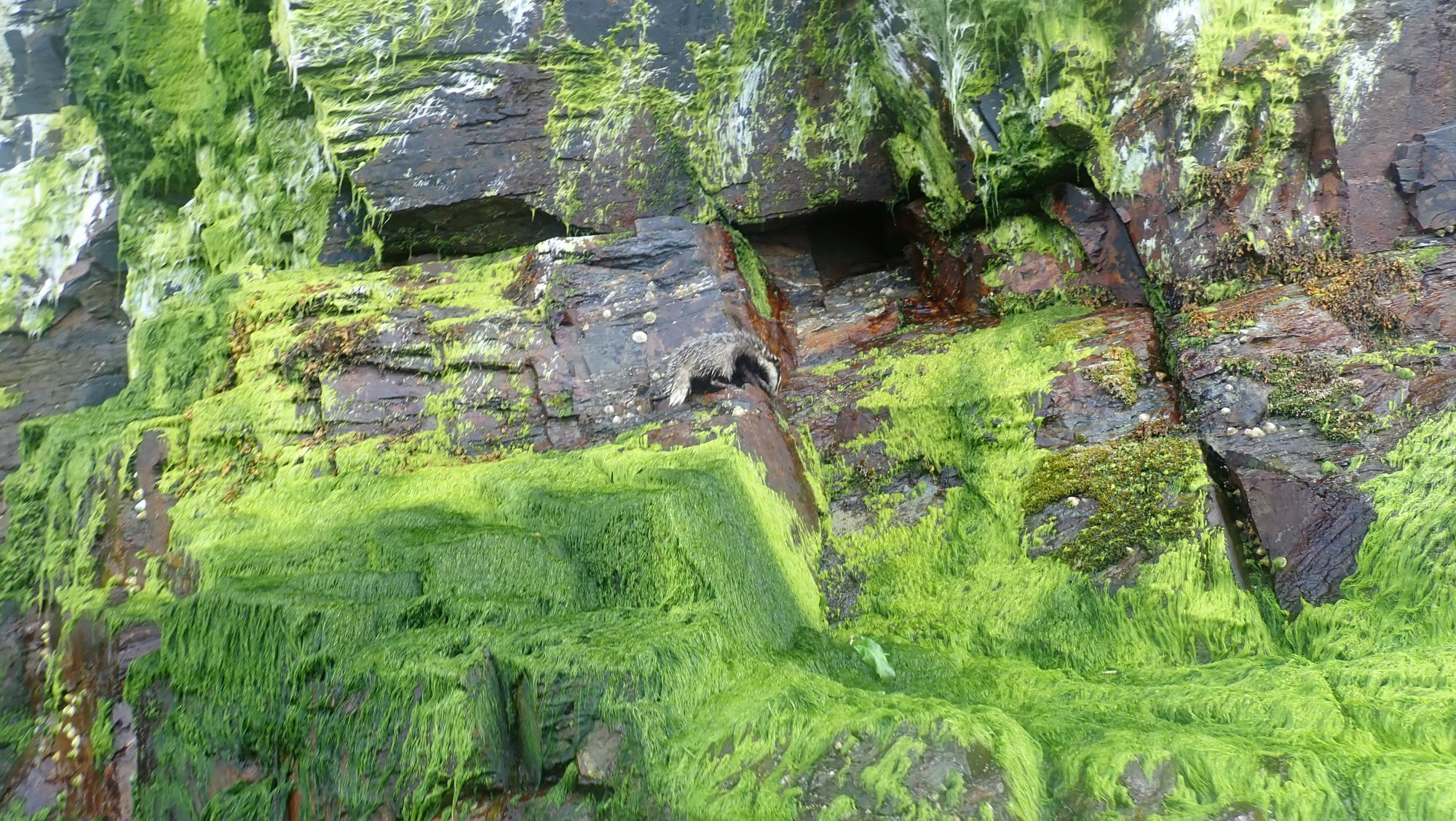 Badger slipped on the cliffs and was stranded, St Agnes Coastline

After a failed attempt to remove the badger from the ledge a large set of waves hit the ledge and took the badger into the water. Tom immediately kayaked up to the badger and grabbed it by the scruff of the neck and nervously put it between his legs on his kayak. 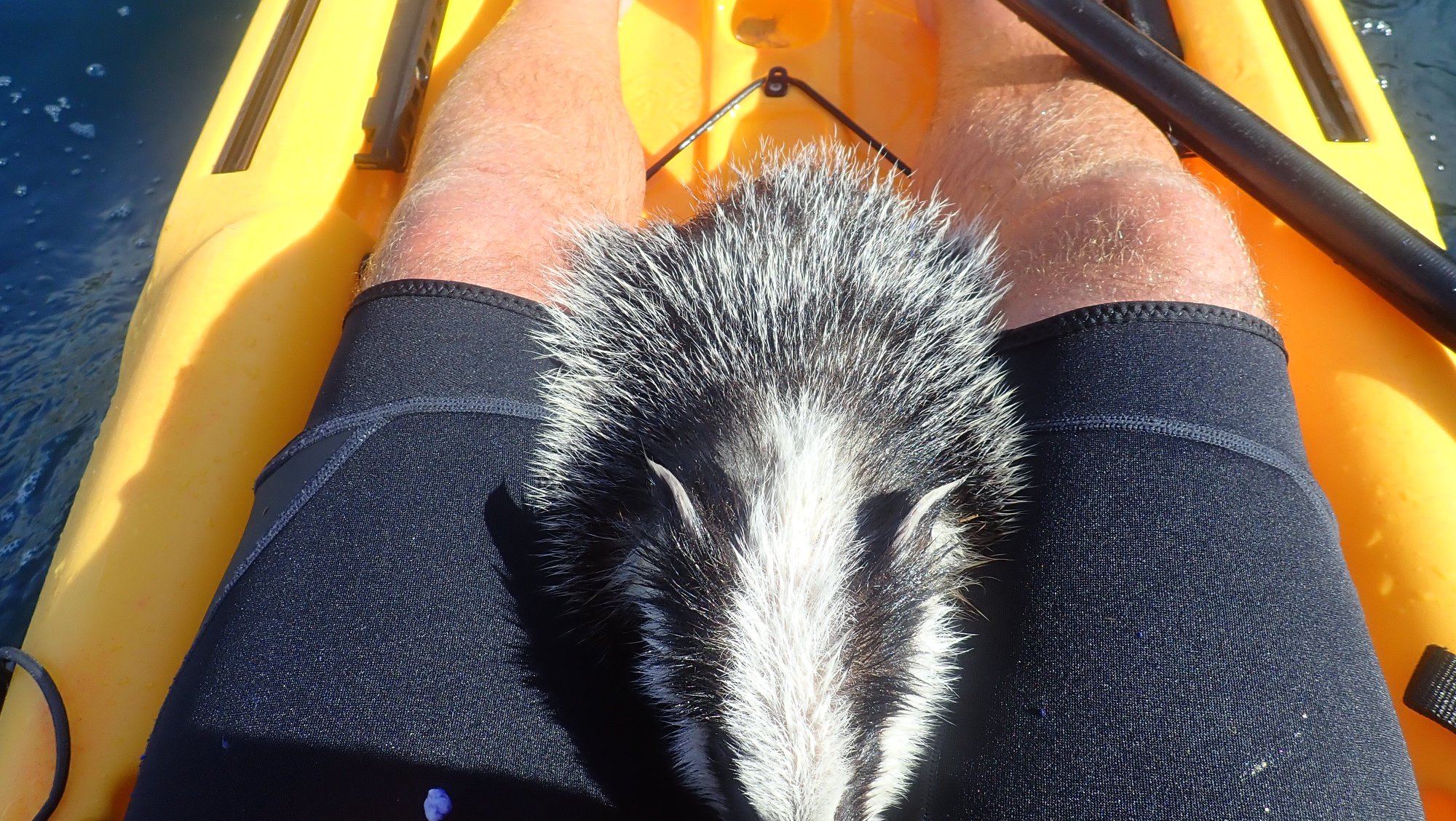 The badger was paddled to Trevaunance Cove and St Agnes RNLI lifeguards where notified and arranged for St Clements Vets to check it’s wellbeing. 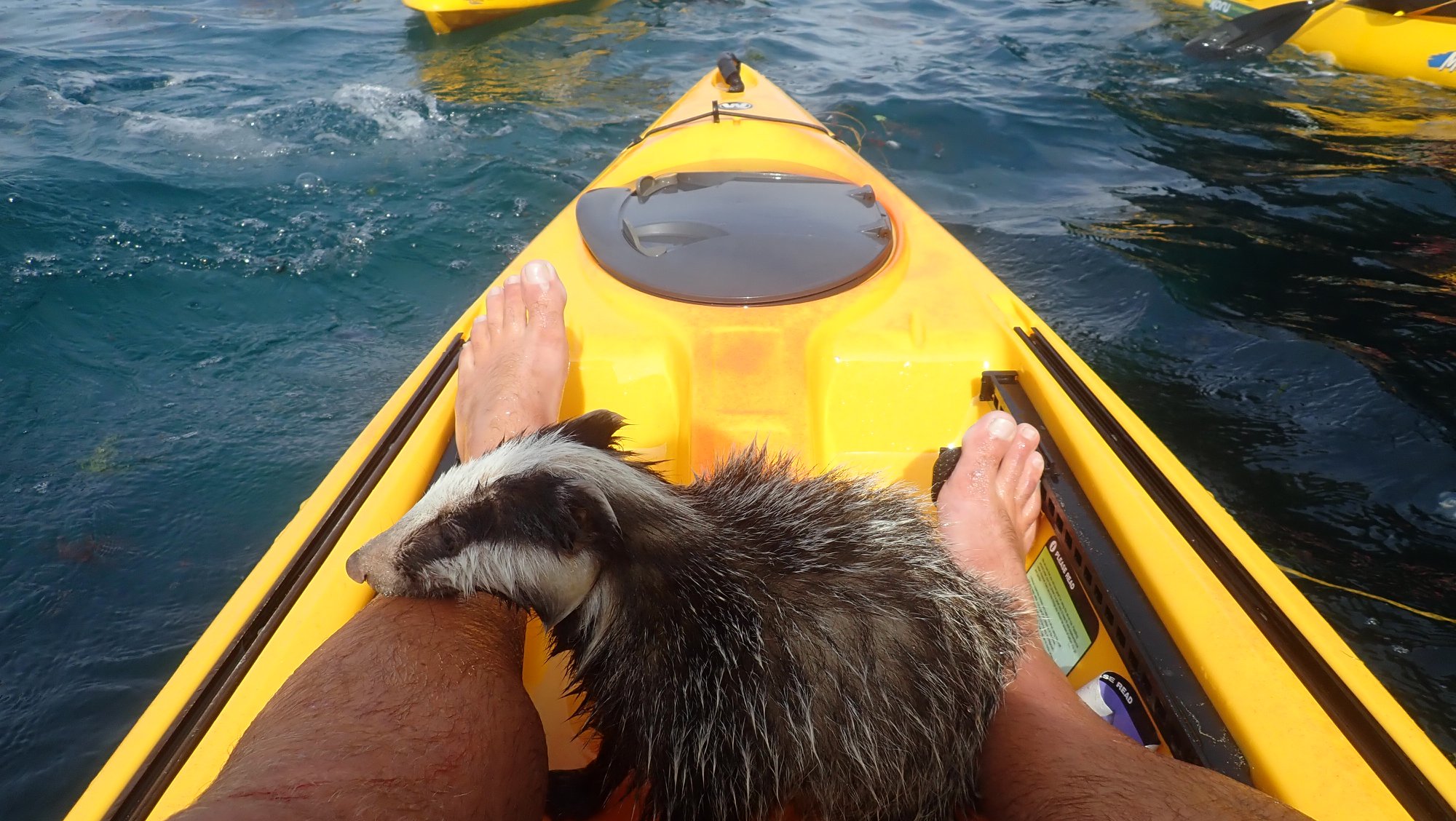 The customers were delighted we had managed to save this animal.

Koru Kayaking’s Tom Wildblood said “I was gobsmacked seeing a badger in the water when we were expecting to see seals! However, I was delighted to be able to save the life of the young badger.”

I was slightly nervous having a badger between my legs, but the badger was in shock and shivering nuzzling up to my leg and seemed to be good health when it reached dry land.”

Pictured below the badger has made a full recovery. 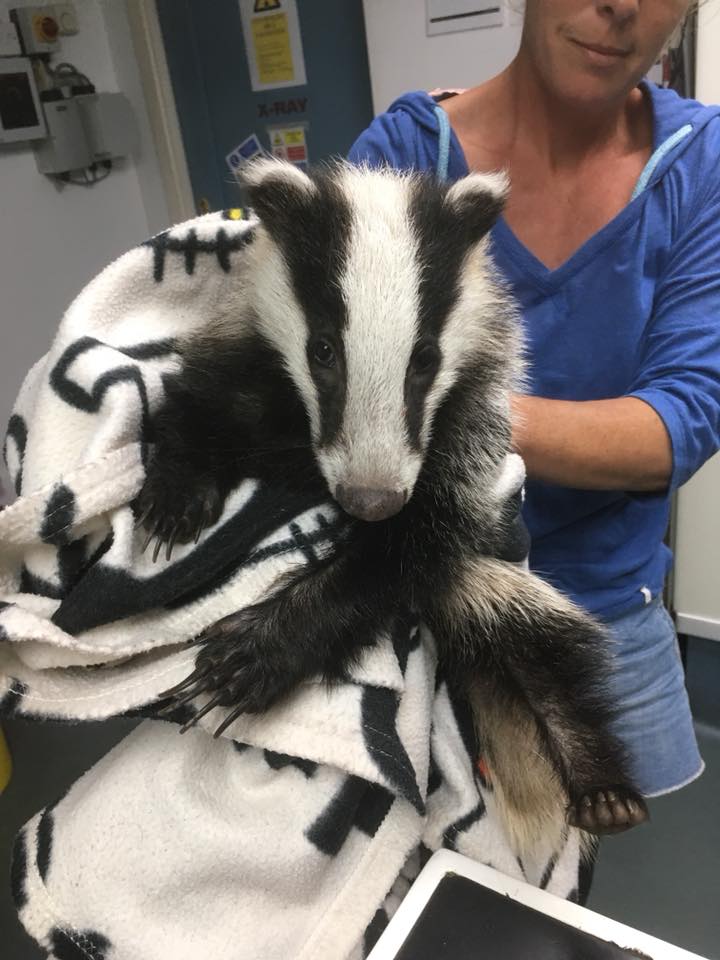