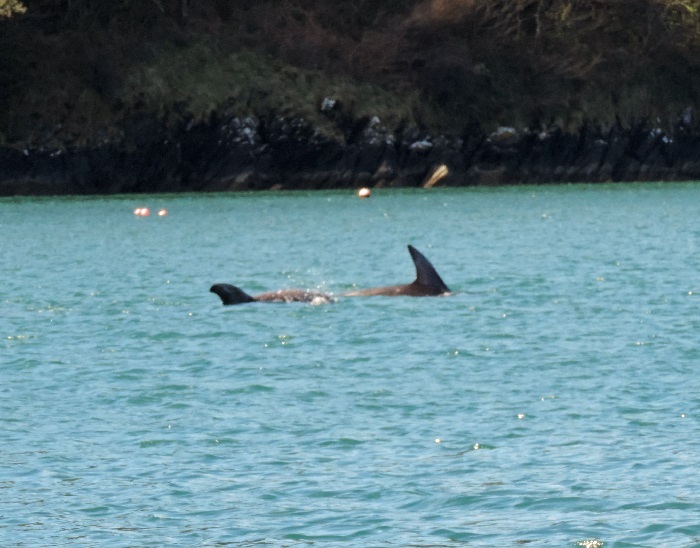 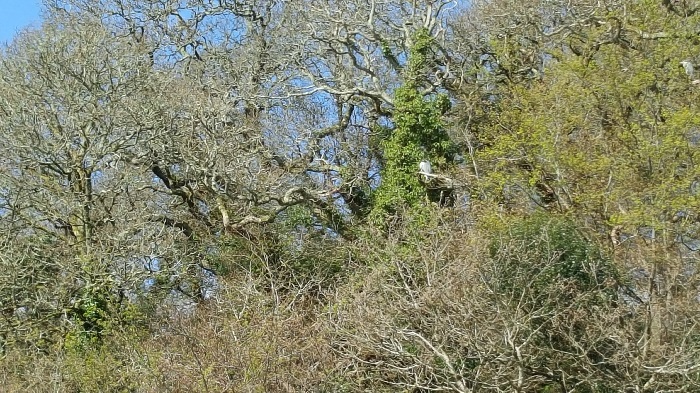 The heron colony on Polwheveral Creek. Herons sit up in the tree tops of Merthwn Woods, just before Polpenwith Creek, scrawking at eachother as they fly between the branches. They can also been seen on the ancient oak tree lined banks of Frenchman’s Creek made infamous by Daphne du Marier’s novel of the same name. 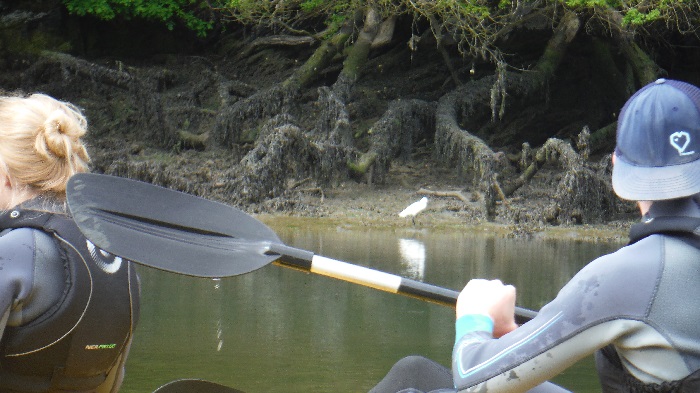 Little egrets, their bright white feathers so clean despite living on the creeks which become mud flats at low tide, have been quite scarce earlier in the year, but with the warmer weather more can be sighted on the banks and in the trees along Port Navas and Frenchman’s Creek. 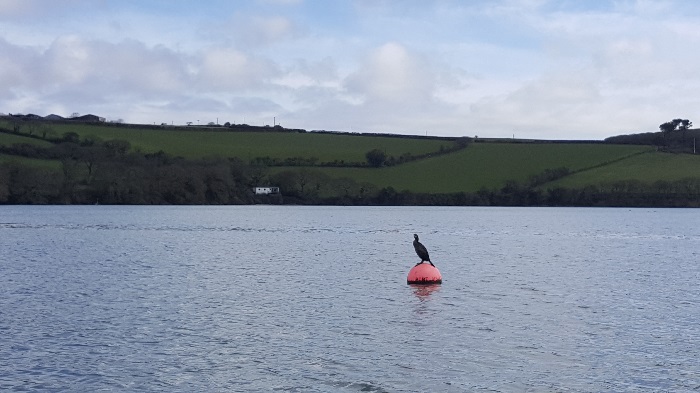 Cormorants are often seen perched on a buoy, sometimes stretching out their jet black oily wings, drying them before they dive down again to catch fish. Fun to watch – these amazing birds have been known to dive to depths of 45 metres! A fun sight to see them half dive under and watch where they pop up! 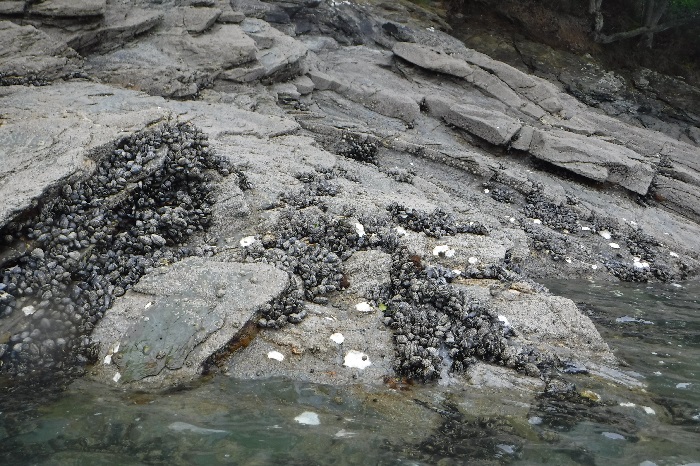 As the tide ebbs the exposed mylor slate is home to the hundreds of fat mussels lining the banks of the Helford River.  Completely natural, they grow in colonies making lovely blue / black clumps – safe for another year as old folklore states that they can only be picked on Good Friday!

The bright white cuttlefish, clamped to the mylor slate, in between the mussels, are proving very popular with the Herring Gulls. 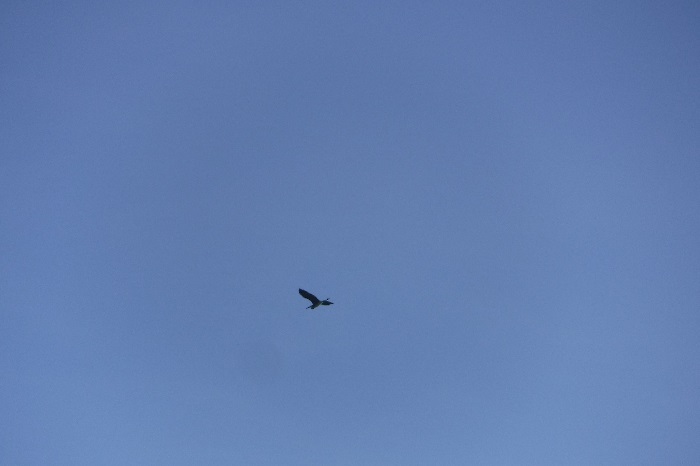 An all year round treat, but they can be seen gracefully gliding over the Helford River and creeks. It is amazing watching nature in action from the water as Kestrals dive down attacking crow’s nests and the crows gather round this majestic bird to protect their young – a real David Attenborough moment!

Speaking of David Attenborough moments we had a real treat at the end of April when our Helford River Cruise was joined by a pod of frolicking Risso Dolpins in the Helford River just in the bay between Helford and Trebah Gardens. Here is some video footage: https://youtu.be/_Ku7TaaFHog 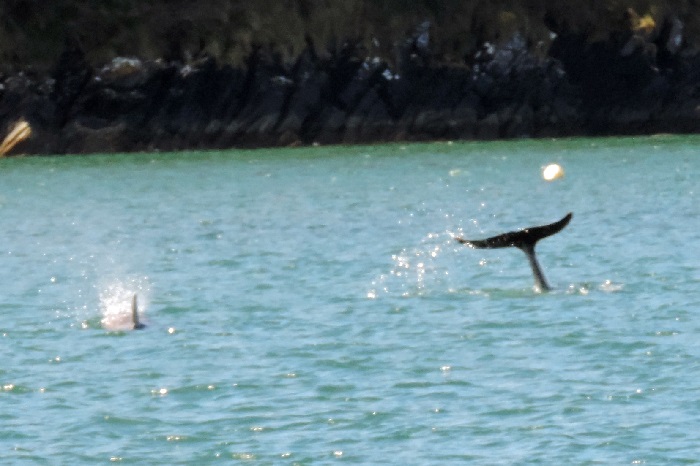 Photos taken on our 2 hours stunning guided Frenchman’s Creek Kayak Adventures and on our 1 ½ hour cruises along the Helford River Cruises  both from the Budock Vean Hotel, TR11 5LG