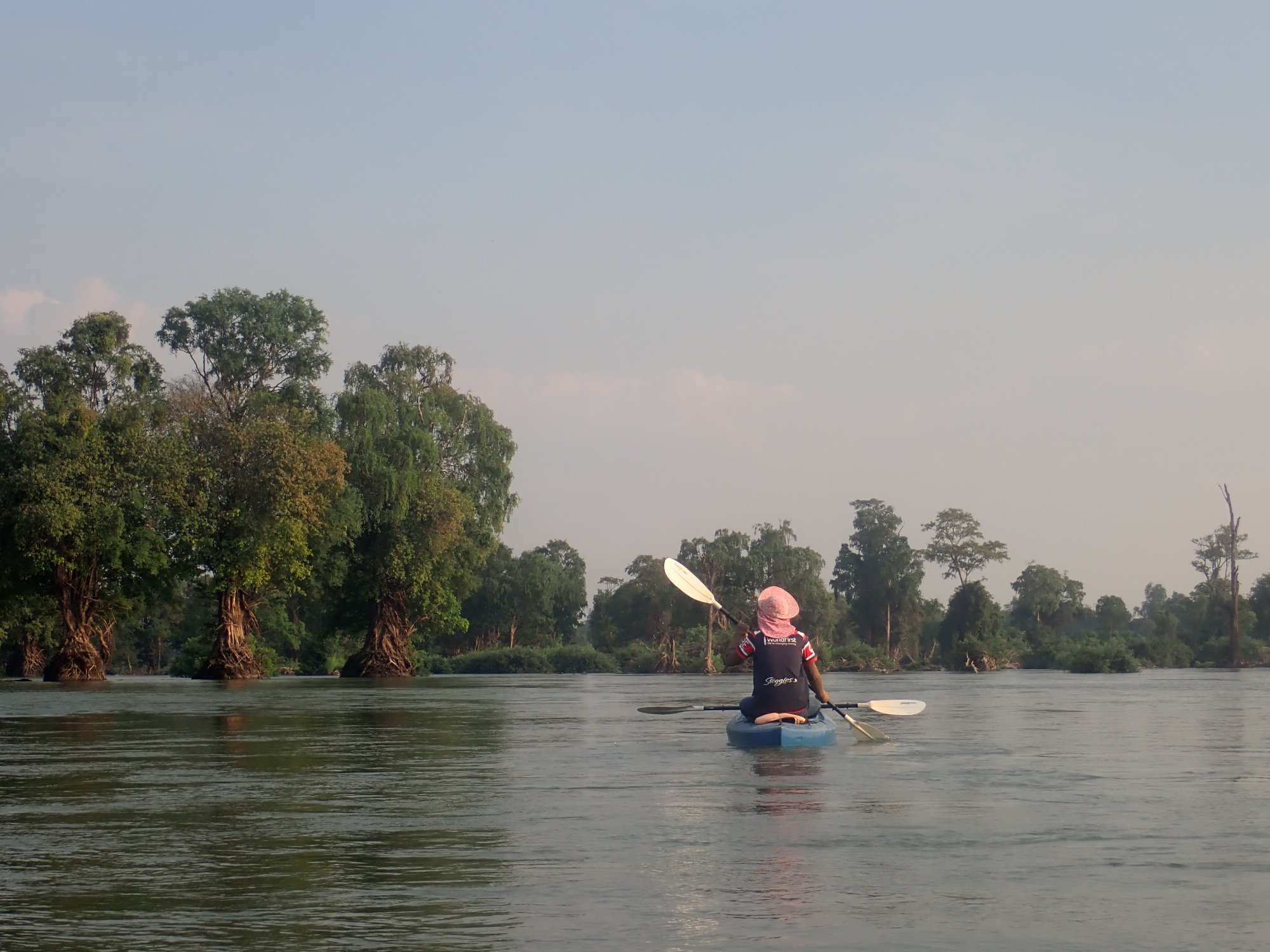 Kayaking on the Mekong River with Irrawaddy Dolphins

The Irrawaddy Dolphins are freshwater dolphins that feed off deep water fish in the Mekong River. The river in the Kratie Province of Eastern Cambodia has depths of up to 20 metres and so a great place to see the dolphins. 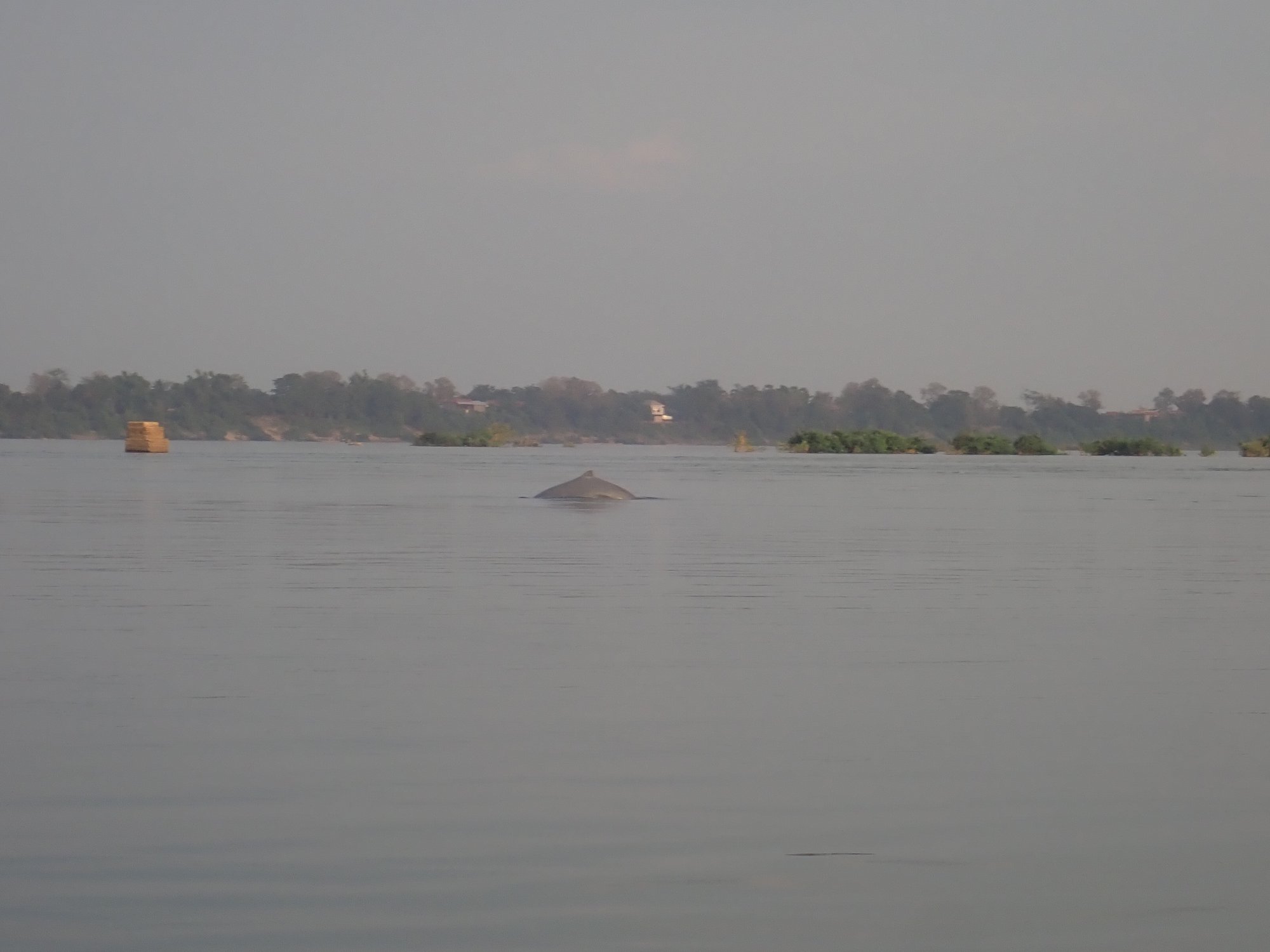 There were 200 Irrawaddy Dolphins counted in 1997 by the WWF, but that number dropped significantly to just 80 in 2015 due to bycatch and habitat loss. Fortunately numbers are increasing according to the WWF with the last count at 92 in 2018.

Kayaking on the Mekong River it really feels untouched, but there is a fast current and so our guides at Sorya Kayak Adventures drove us 22km up river, from Kratie, to start our adventure. 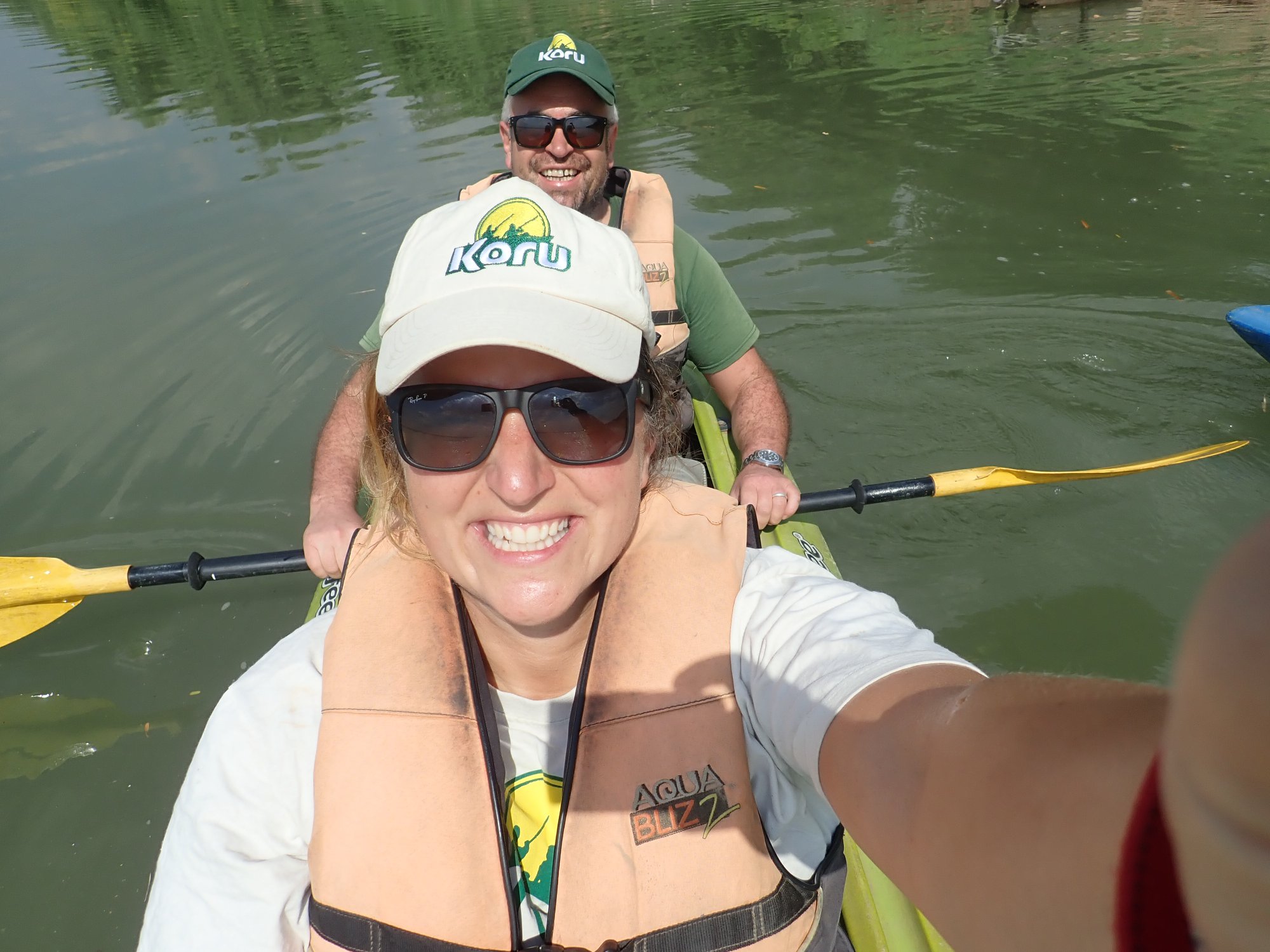 The start was a calm and tranquil river, but soon we encountered minor rapids with rocks and fallen trees underneath which we were skilfully guided through them by our guides. 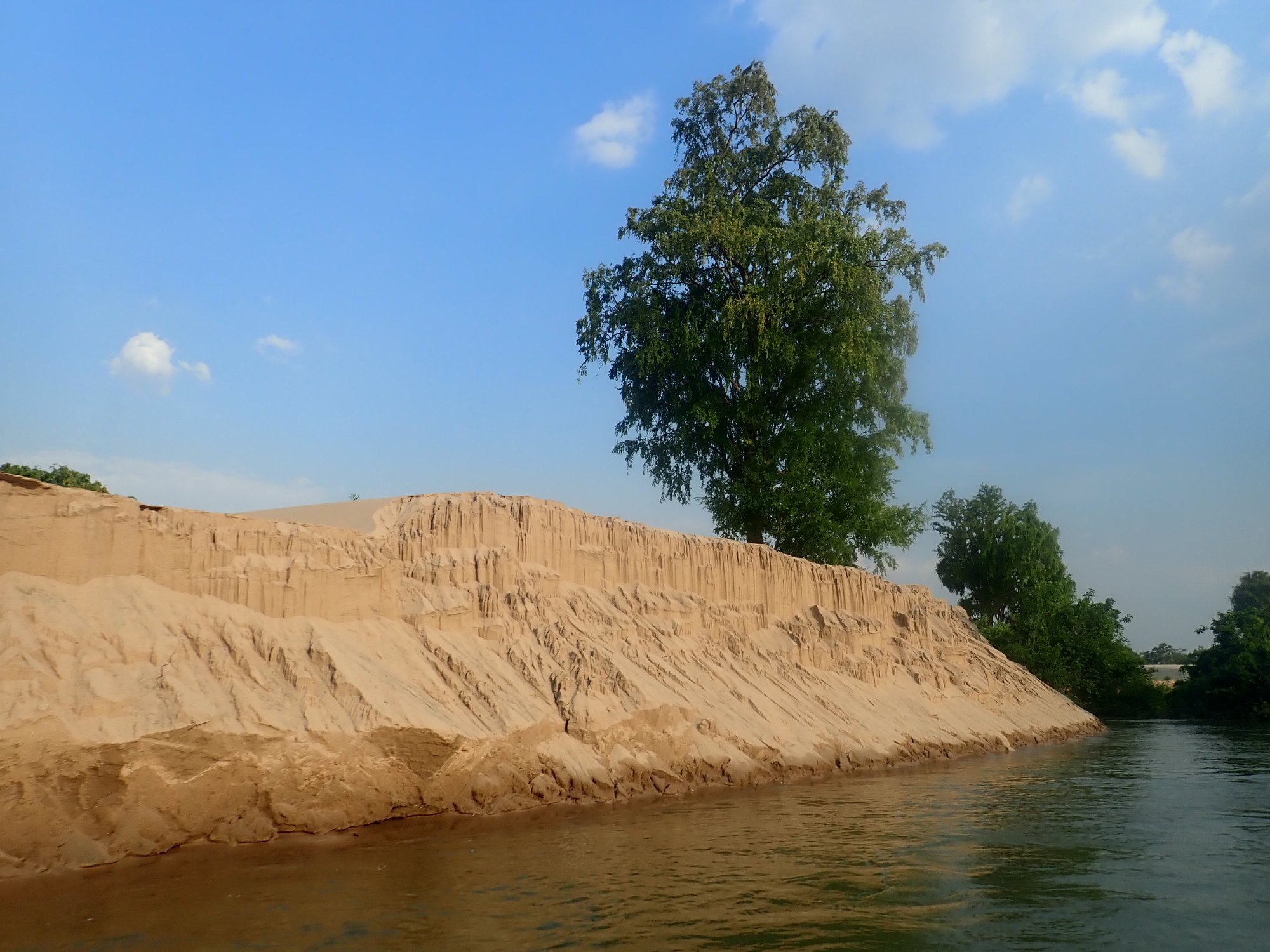 After the rapids we moored up on a beautiful sandy island, which only appears during the dry season and enjoyed a swim. There were still small currents even here as the river flowed through. 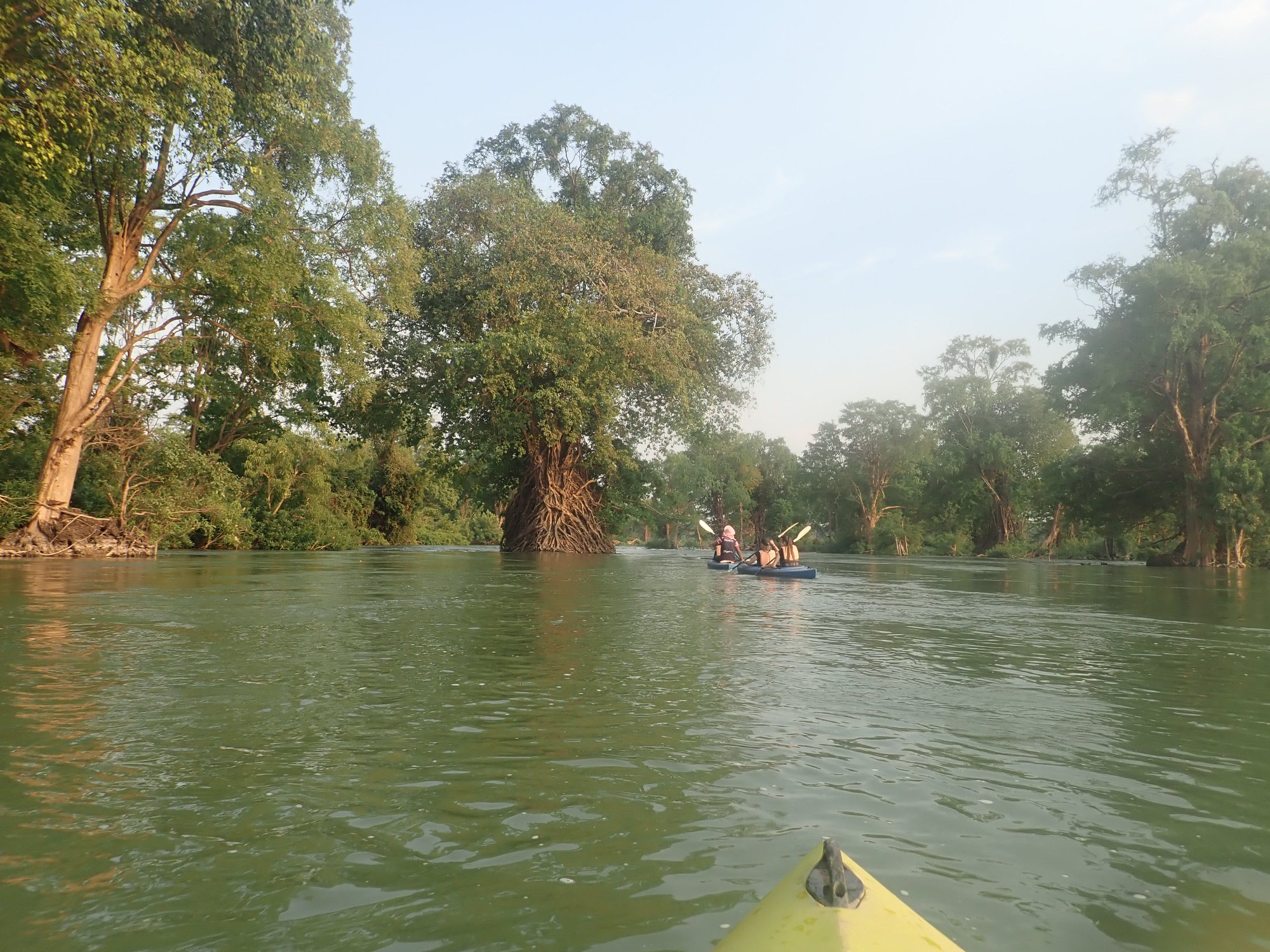 After our break we continued through rapids and through the sunken forest that is only visible during the dry season. The river rises by 8 metres in the rainy season covering everything but the tops of the trees.

Turning out of the forest we glimpsed our first Irrawaddy Dolphins. We were so fortunate as at least 20 breached whilst we were there.

Topped off with a sunset we paddled across the river and the current back towards Kratie in awe of these stunning creatures. 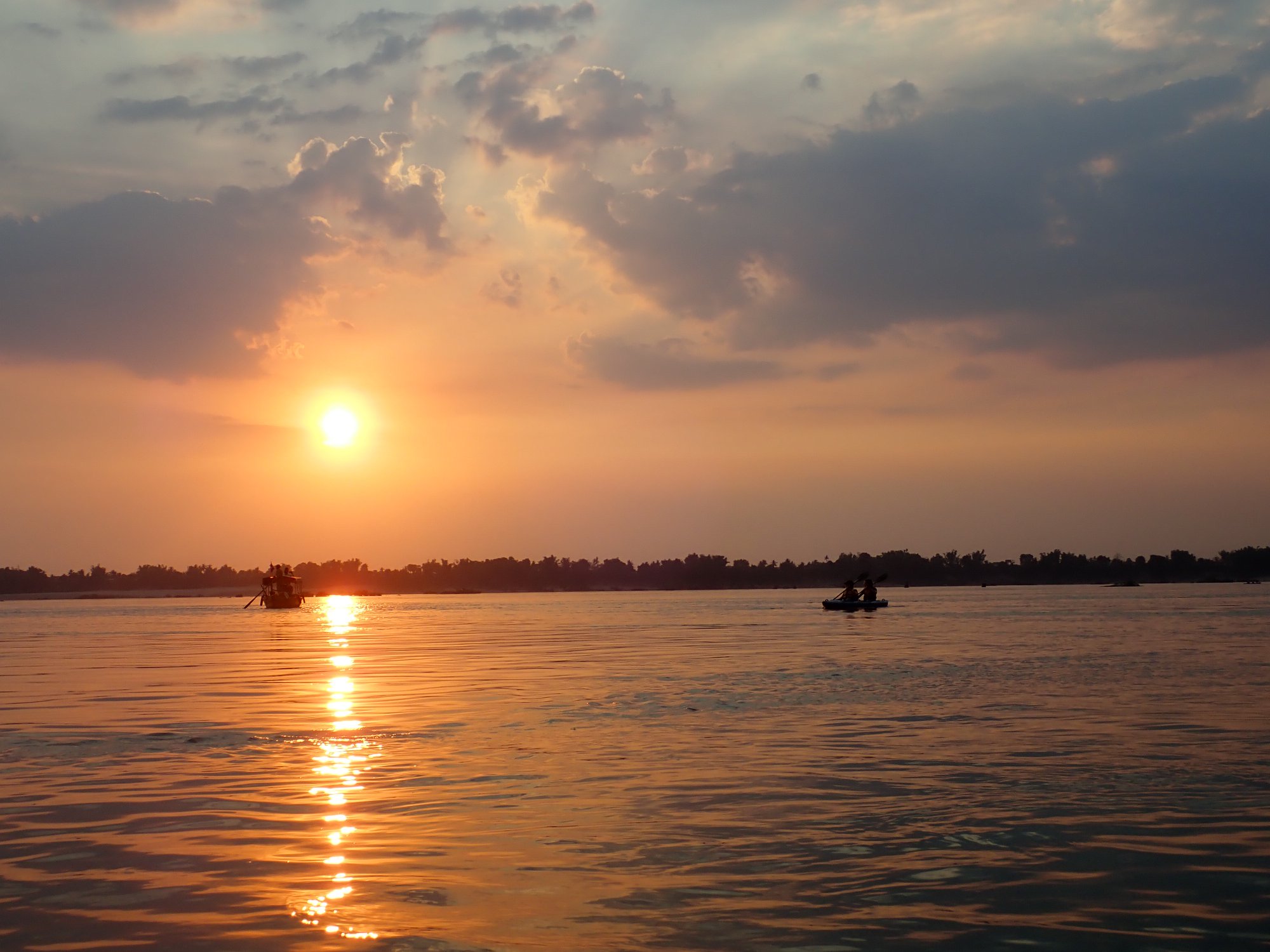