Orcas, Dolphins and Dan – It’s been a brilliant year!

By Koru KayakingDecember 5, 2014Kayaking News
No Comments
Tom and Hetty would like to say a big thank you to all their customers and local support. We have had a wonderful year with lots of sunshine and incredible wildlife sightings.
The North Coast Kayak Adventures kicked off in March, when we first saw the storm damage caused by the January storms. Wheal Prudence Cove, to the right of Hanover Cove had suffered rock falls and the caves had filled up with golden sands, which we believe were brought over from Perranporth. The sand movement resulted in a lovely sandy golden desert island beach, which we and our customers enjoyed. 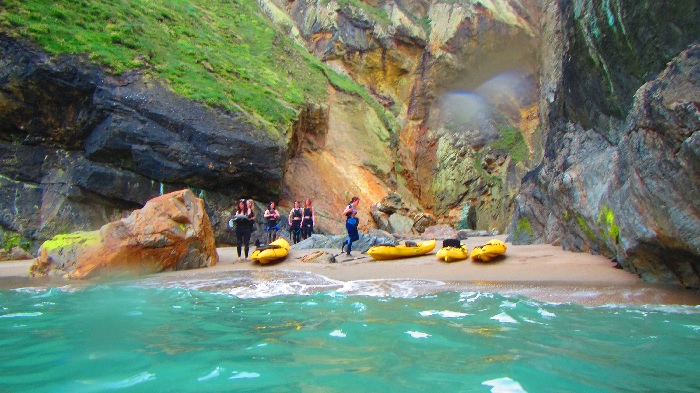 We were delighted to find also the two resident seals had survived the winter storms too! Silverback and Maggie were as curious and friendly as ever. Interestingly, kayaking towards Newdown Head, there had been little change, except there seemed to be more grey seals using the old mining tunnels and caves as their home.
Spring saw the return of the Guillemots and Razorbills, a delightful sight with their white chests all huddled up on the ledges of the caves. It was a joy seeing their young testing out their wings.
In May we were joined by Dan Cowell, from St Agnes, and the Hannah Molly – a 19 foot cynus open top boat.

The wildlife on the Helford River and Creeks is stunning and Dan grew up enjoying this area so became a kayak and boat guide for us 5 days a week throughout the summer and early Autumn. We discovered a hidden chapel, St Francis of Assisi, oyster farms, secluded beaches and enjoyed the herons, egrets and kingfishers who home in the creeks.
The Hannah Molly gave us the opportunity to explore further afield to the mouth of the Helford, in addition to the creeks, and on an early evening cruise one Friday we were surrounded by Dolphins.

Meanwhile on the North Coast Josh returned to help us out in the summer, forfeiting a kayak adventure in Colorado…St Agnes is better! This year on 27th August Orcas were seen breaching, a sighting later confirmed by the Cornwall Wildlife Trust. 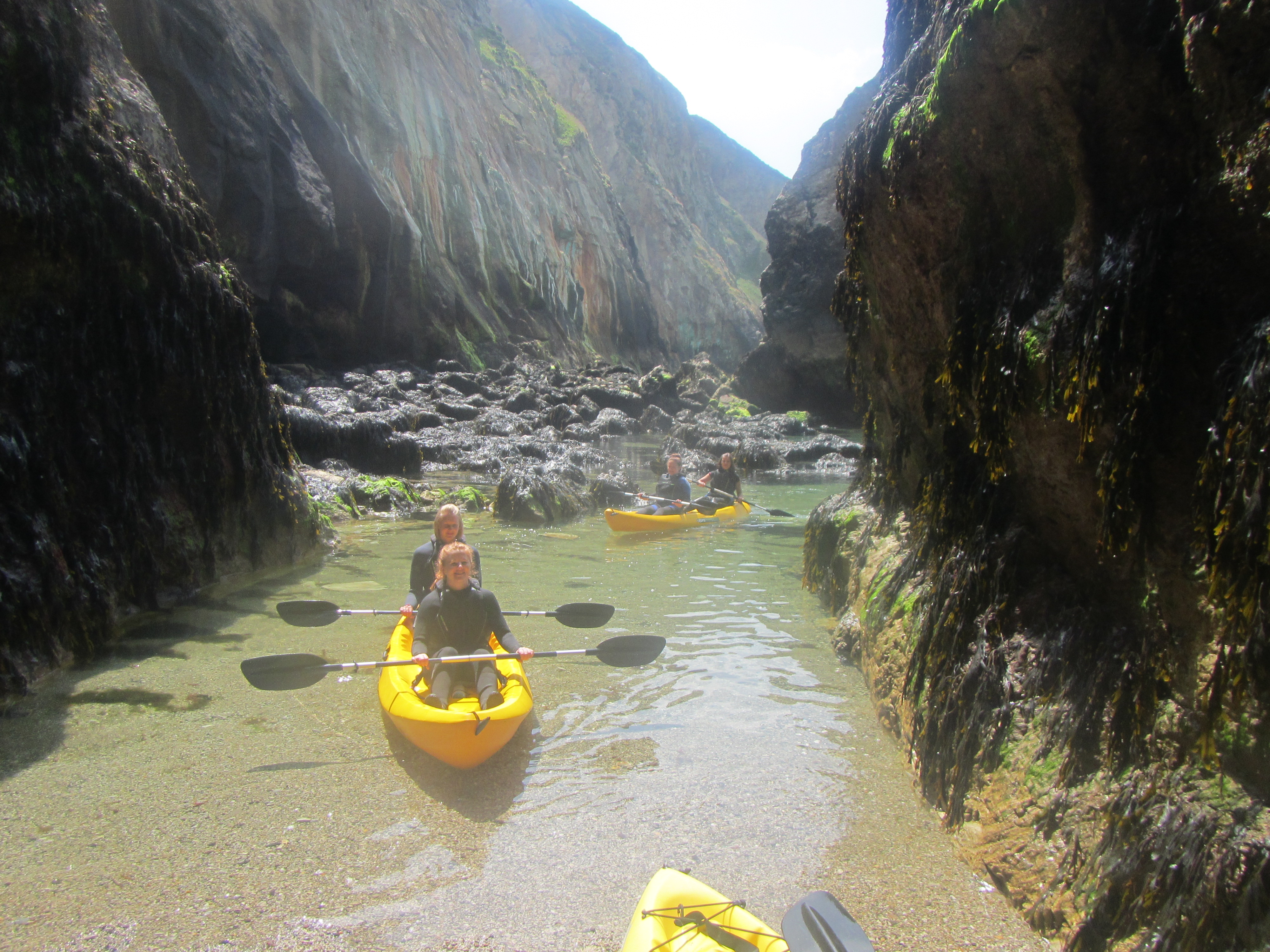 We were unsure how the change in the geography would affect seal pupping as many had used the caves. Working with the Cornwall Seal Group we had learnt that seals tend to pup in the same place they were born. This area was now filled with sand, but we were overjoyed when we sighted a mother and her pup in the same cave, just sat on the sand.  We make sure when we see seals we observe from a distance and leave a clear path for the seals to move into the water.