What to look out for on the St Agnes Coastline either on the water on our North Coast Kayak Adventure or along the coastal footpath in July. 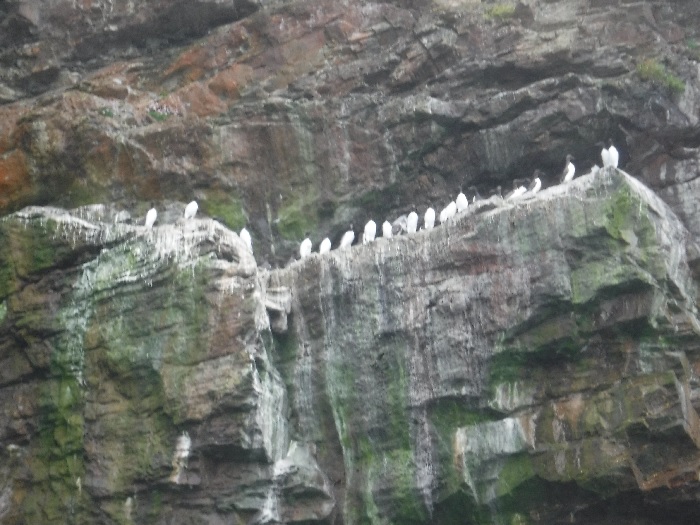 Razorbills and Guillemots lined up on the cave and cliff ledges

Hundreds of birds roosting on the ledges of the mining caves all lined up with their bright white breasts and black backs they look like mini penguins. As they fly over us you can see their penguin like web feet!

The main difference between the two birds is their beak. The razorbill has a thick black beak which is deep and blunt, whilst the guillemot’s bill is thinner. Also the guillemot’s feathers are dark brown and white, not as black as the razorbill, and they have a white ring around their eyes and stripe behind it.

These birds only come to shore to breed and nest in the winter in the northern Atlantic and form great sea bird cities like the ones we see as we kayak along towards Newdown Head. July is the last month we see these bird before they head out to sea again for the summer. 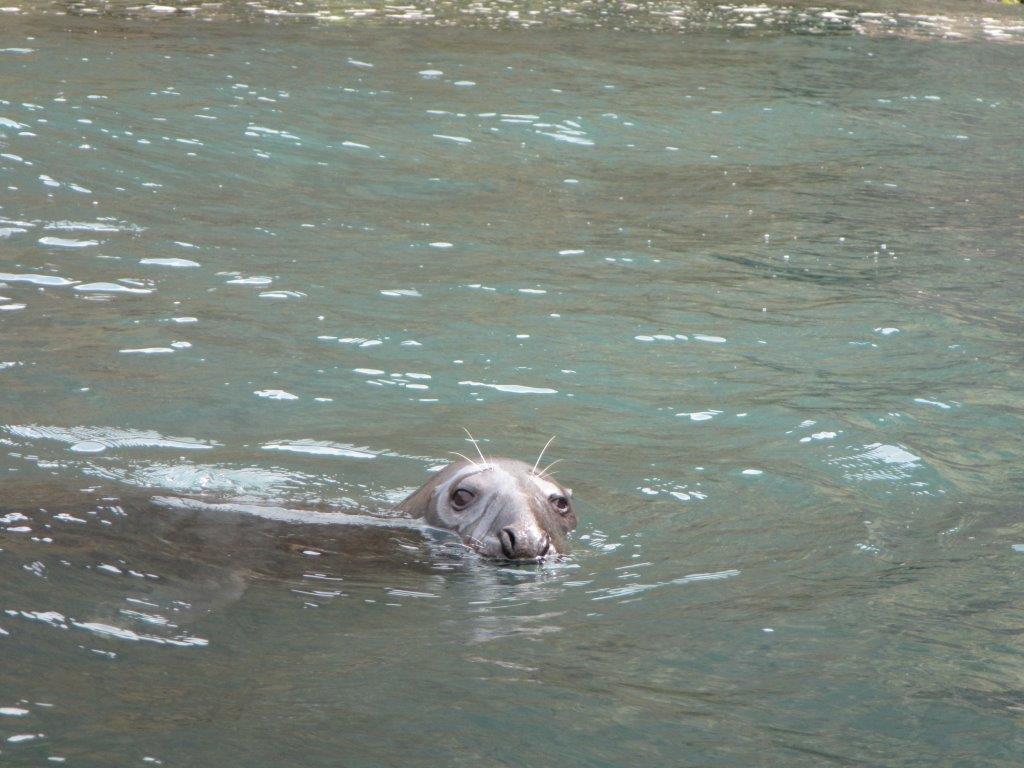 With two seal colonies along our dramatic St Agnes coastline we have regular seal sightings. Their numbers swell as we head into summer the seals congregate for mating season. Female seals will travel miles to return to the place they were born to pup themselves. They will return year after year.

Inquisitive creatures they will often pop their heads up to see who is there and blow bubbles! 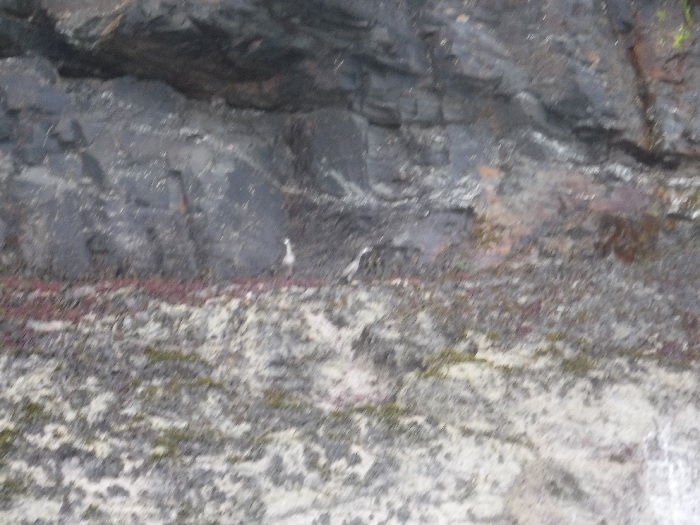 Shags and Cormorants on the cliff ledges

Shags and cormorants can be seen perching on Green Island and on the ledges along the cliffs towards Newdown Head. Their dark brown and black wings blend into the rock colours and so can easily be missed. Their long necks and waxy wings make them superb fishermen.

Cormorants are often seen spreading their wings drying them off either on Green Island or on the cliff ledges after fishing expeditions!

Shags are slightly smaller and slimmer than cormorants and have a steep forehead although it is their body shape that is easiest to decipher out on the water! In breeding season the adults will develop green plumage and crest on the front of their head.

This is just some of the wildlife we hope to see in July. There are also Oyster Catchers, the moon fish Jellyfish are starting to appear and of course we hope those Basking Sharks make it up to Trevauance Cove again like they did in the summer of 2012!

Also check out what wildlife you can see on our Frenchman’s Creek Kayak Adventure with our monthly Helford River Wildlife Watch.