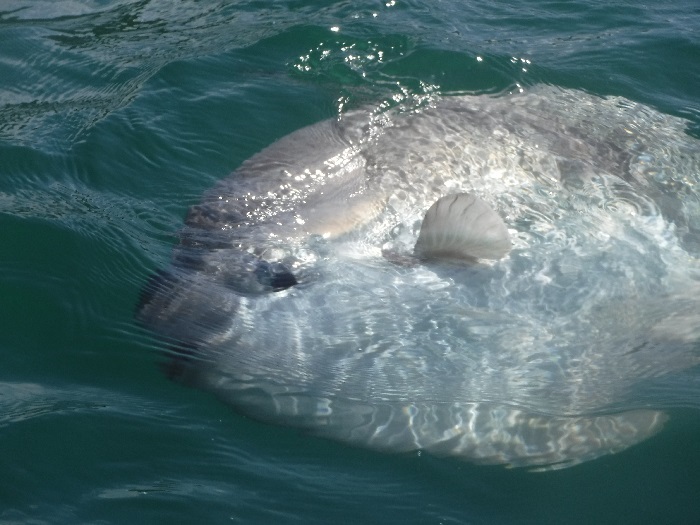 Why do Ocean Sunfish Sunbathe?

Spotted in the summer months, they always seem to be sunbathing! So we looked into why! Are they just sun lovers or there a reason and why do they only appear in summer? 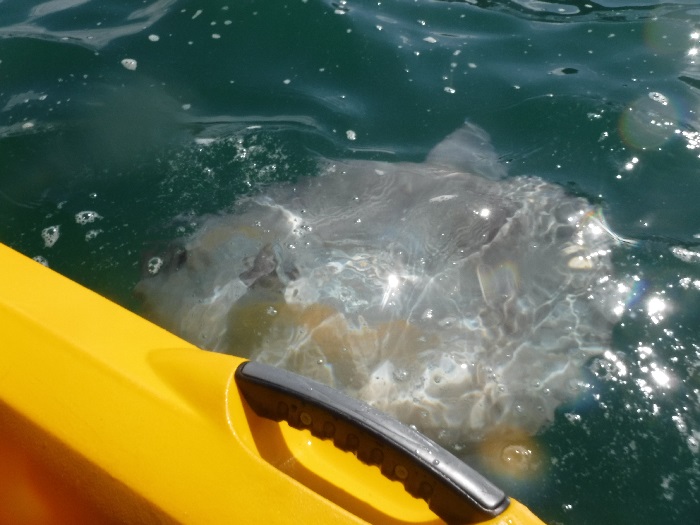 Ocean sunfish are a good sign the sea is warming up and summer is here! Warm sea lovers they live in tropical and temperate seas of 10 degrees Celsius and above, anything lower then 12 degrees and they start getting disorientated and die.

They can be found around the world and despite their bulk – they weigh between 247 – 1000g – they are by no means a lazy fish! Some have been recorded as swimming up to 26km in a day! They also swim to depths of 2000 feet – that’s 600 metres! So it is thought that their ‘sunbathing’ is way of thermo- recharging, after dives into the colder deep waters – just like humans then recharging the batteries sunbathing on the beach! 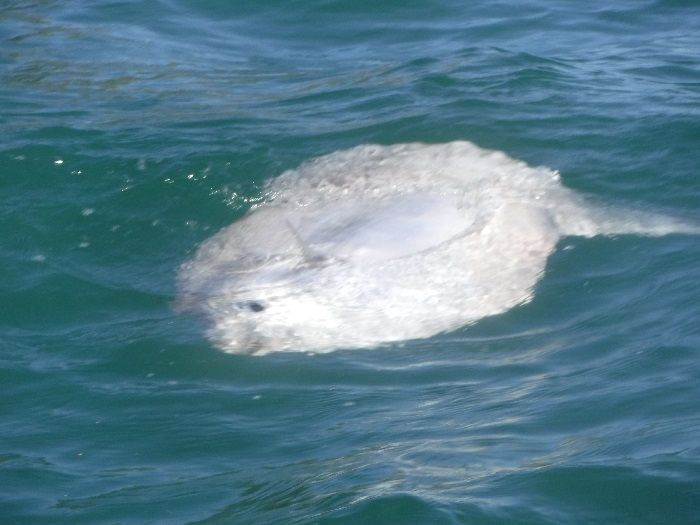 They live off jellyfish and  alot of them, so the increase in jellyfish in our waters perhaps has also led to an increase in ocean sunfish. Considered a delicacy in Japan, Korea and Taiwan, the sale of Ocean sunfish is banned in the EU.

Sunfish are usually alone, but can be in large numbers when they are cleaning. Often smaller fish will clean them, or seagulls on the St Agnes Coastline, removing ectoparasites from their skin.

Their presence can also be a good indicator of nutrient rich waters where endangered species may be found – who knows what others species we might find on one of our stunning guided kayak adventures!