In a recent article in the Daily Telegraph Travel Section Koru Kayaking’s North Coast Kayak Adventure is recommends exploring ‘the mining legacy of the north coast from a new perspective with Koru Kayaking’s guided Poldark Tour.

Here is a link to the article: 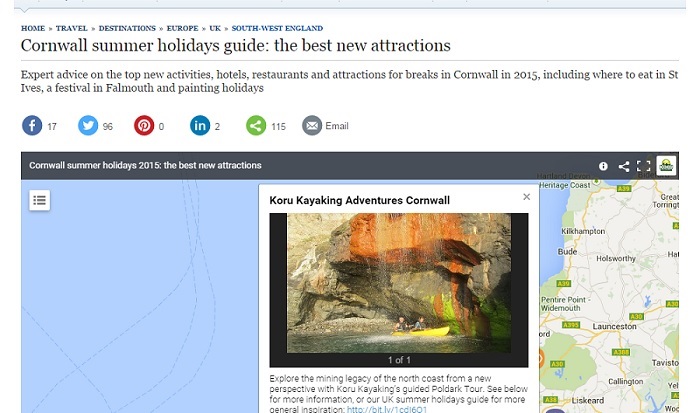 In addition to the stunning wildlife sightings from grey seals, cormorants and basking sharks you can enjoy exploring the coastline that inspired writer Winstan Graham to write Poldark.

A new series of Poldark will be aired on the BBC this Spring. Some of the filming was on this coastline and you can follow in the footsteps of the cast and crew on a Koru Kayak Adventure!

While you’re in St Agnes you can also see some of the roads mentioned in the novel and the Trevaunance Cove harbour wall.